Are Americans Taking On More Debt? 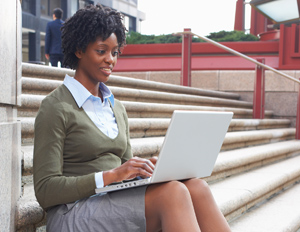 Americans are ready to move off of the bench and into the heart of the recovery, according to recent reports.

Consumer debt grew by less than a half-percent to $11.34 trillion in the last quarter of last year, up from 2011, marking the first increase in household debt since the beginning of the economic collapse.

One of the biggest indicators is the consistently improving housing market, which is picking up pace at a rapid clip. That plus declining delinquencies are giving some experts evidence to believe that consumers are feeling good about the economy.

“While it is too soon to conclude that a trend has been established in which households are beginning to increase their debts again,” James J. McAndrews, executive vice president of the New York Fed, told Bankrate.com, “there are signs that the four-year long contraction is slowing.”

Still, despite the budding consumer confidence, other important economic indicators lag at concerning, even dangerous levels. Unemployment is hanging shyly below the 8 percent level and student loan indebtedness is picking up pace quietly. One in six loan borrowers are more than 90 days behind on their payments and more than two out of five borrowers saw their balances increase or stay the same, according to reporting by Bankrate.com.

Some of this chronic indebtedness could improve if jobs were made more available by U.S. employers. Bankrate.com has more on the debt phenomenon.