Are Minorities Penalized for Promoting Diversity? 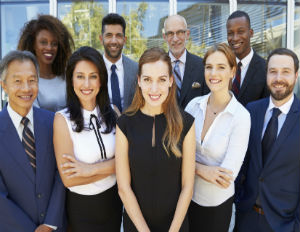 While many companies boast about their plans to increase diversity, a recent Harvard Business ReviewÂ study shows that when those demands come from non-white male executives there are penalties behind their actions.

According to survey results from 350 executives, the HBR study found that engaging in diversity-valued behavior did not benefit professionals in terms of how their bosses rated their performance. In fact, women and non-white executives who advocated for diversity were rated much worse by their bosses.

In a separate study, HBR asked 307 working professionals to review a hiring decision made by a fictitious manager. Participants read a description of the hiring decision, read the race and gender of the manager and then completed a survey where they rated the manager on competence and performance.

The results showed that minorities and women were rated less effective when they hired someone who looked like them. However, when it came to white male managers, the gender or race of the person they hired did not affect their performance rating.

While HBR’s study focuses on the backlash often faced behind office doors, there are quite a few executives who have also faced criticism in the public eye for promoting diversity.

One example is Sam’s Club CEO Rosalind Brewer who was called racist last year after saying in a CNN interview with Poppy Harlow that she prioritizes diversity at the company.

“Every now and then you have to nudge your partners. You have to speak up and speak out. And I try to use my platform for that. I try to set an example,” said Brewer, who is the first woman and African American CEO of Sam’s Club.

While Brewer made no apologies for her statement, the criticism she received is only a reflection of the broader issue many minorities face when advocating for a more diverse and inclusive workforce.

With research from Black Enterprise Registry of Corporate Directors showing that 30% of S&P 250 companies still do not have an African American on their board, and with just five of Fortune 500 companies having black CEOs, it’s clear that much more needs to be done to openly promote diversity in the workplace.

Sound off in the comment section below if you’ve ever experienced problems with promoting diversity within your company.