Are You the Twelfth Player? 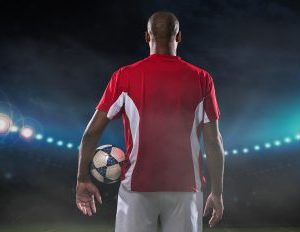 I have been in financial services my entire career, and I have had many “ah ha” moments, which have impacted me on my journey to success. Those great “ah ha” moments make you stop and change your way of thinking, impacts your belief system, and ultimately changes your work ethic.

For me, these moments have come from a variety of places, including inspirational readings, great speakers, awesome mentors, and the list goes on. However, I have also been blessed to have been married 37 years to a great physical education teacher and coach, D. Fulton Mitchell.

Over the course of his career, he taught and coached thousands of children in multiple sports. Through the years, I have witnessed competitive skills, life lessons, and great transformation of character taught through the process of winning and losing in sports. The twelfth player is an “ah ha” moment from Coach Mitchell.

Coach Mitchell coached middle school soccer for both boys and girls for over 20 years. In most of those years, especially in the earlier ones, the teams that he competed against had more skillful and experienced players. Often, the opponents played on traveling teams and had played soccer from age five. This meant that the competing team would normally have more talent sitting on the bench than Coach had out on the actual field.

As you know, in soccer, each team can only have 11 players on the field at a time, thus Coach needed to create a situation where his team had a chance to win. He had to figure out how to level the playing field. He came to the conclusion that he needed an additional player. This is where the concept of the “twelfth player” was born.

If Coach could find or create that player, then he thought the team had a real shot at winning. Of course, the rest is history; Coach successfully implemented this strategy over the course of his career in multiple sports.

So, why am I writing about this, and why was this an “ah ha” moment for me? Although I knew what it meant to work hard and be the best at my craft, I did not understand how to put these teachings into a competitive landscape.

The twelfth player concept was a life lesson that changed my way of thinking. It put my understanding of success into a soccer game, and made me think about my team and whether I was contributing as an individual player. The concept forced me to think of success from both a defensive and offensive position, both from a winning and losing perspective. I was forced to think about being a contributor; not just being an individual superstar, but becoming someone able to make a difference on the team. Was I the twelfth player?

This totally changed the way that I thought about success, and how I worked. It clearly elevated my contribution to the success of the team, and it exponentially weighed into the performance of everyone around me.

So, my “ah ha” moment and understanding that I’m passing on to you is, in order to have exceptional success in the career that you desire, you must become the twelfth player on your team. You must be the player that makes a difference, and the one that your coach needs and wants.

So, How Do You Become the Twelfth Player?

In Conclusion, Ask Yourself These Questions:

Are you the twelfth player? Is Coach looking for you?