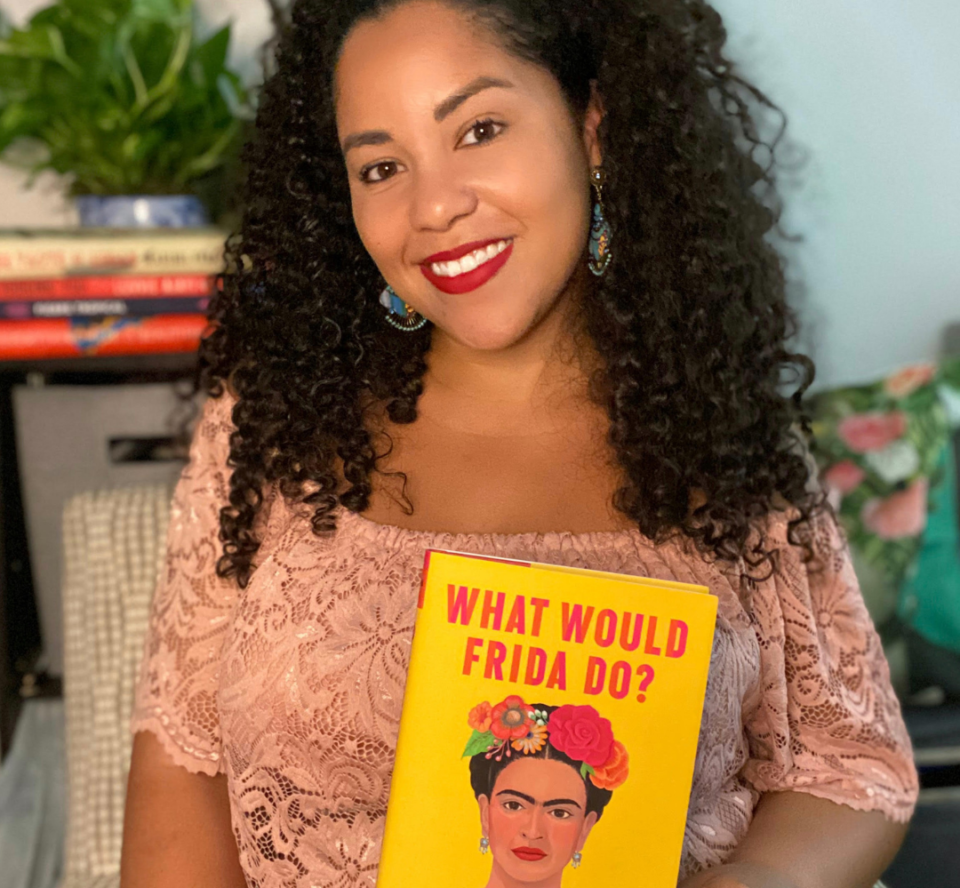 Many associate Arianna Davis with powerhouses Oprah Winfrey and Gayle King through her prestigious position as Digital Director for O, The Oprah Magazine. There, she leads all of OprahMag.com’s editorial, social and video content and strategy.

This, however, is only a piece of the 33-year-old’s stellar resume.

While working with Queen O is as dope as Megan Thee Stallion’s knees are strong, stopping there would mean you’d missed a huge piece of who Davis is as a person and her evolution as a writer. Davis recently released her book, What Would Frida Do: A Guide to Living Boldly and it couldn’t have been gifted to the world at a better time.

Davis has always been a bookworm and knew as a kid that she wanted to be a writer.

“I grew up on The Babysitter’s Club and had my nose in a book and I think that just translated into a love of writing,” she shared.

Davis was also fond of magazines but due to lack of representation in her formative years, didn’t believe working for one was an option. Still, feeding her dream of becoming a writer for a living, the Maryland native took up journalism as a major in college with the goal of getting an internship with the New York Daily News after she graduated. “For me, especially as a woman of color–I’m Black and Puerto Rican–I didn’t really see many people who looked like me working in magazines or getting these coveted, glamorous magazine internships. So I never really thought that world was for me and I kind of just chose newspapers by default. I studied print journalism.”

When we take a step toward our goals, however, even if only a small one, the stars find a way to align, pointing us to where we desire to be. In Davis’ case, those stars directed her to a scholarship dinner during her spring semester of senior year.  At that dinner, Jayne Jamison, who at the time was a publisher for Seventeen Magazine was speaking.

After the Seventeen Magazine publisher gave a great speech about her career, the Penn State alum followed Jamison into the bathroom, where she pretended to wash her hands, thanked her for her talk and asked for her business card.

“I went with my gut instinct. Something in me realized that you cannot let this person leave without at least making sure she realizes who you are. And I’m really glad I followed that instinct. It was definitely risky and bold, and she could’ve very well been like, ‘Please leave me alone, I’m in the bathroom.’ But luckily she was nice and it worked out for the best.” Davis recalls.

Not long after the bathroom meet-up, Davis moved to New York and began interning at the New York Daily News. While this opportunity was a great experience, she remained curious about the world of magazines and met up with Jamison for coffee at the Hearst Tower.

“She was incredibly nice and super helpful as a fellow Penn State alum and we just kept in touch. She always just looked out for me and when I saw some months later there was a post-grad internship at O, The Oprah Magazine, which is another Hearst publication just like Seventeen, I asked if she might be able to help me find the best contact. She put me in touch with someone and that was really how I got my foot in the door into this world of magazines,” Davis says.

Imagine, however, if Davis allowed the fear of possible rejection to stop her from following Jamison into the bathroom that evening. That one bold move helped to shape the rest of her career. We can all benefit from asking ourselves how we can show up more boldly in our lives. How can we channel our inner Arianna Davis or our inner Frida Kahlo to get a step closer to where we want to be in life?

“I always think that it’s worth it to take risks. The worst that can happen is that it’s a ‘no’” Davis reminds us. Living boldly and authentically is a lifestyle for her and it translates into her words as well.

“I always try to be as vulnerable and as real as possible as I can in my writing when it comes to both my work with O and also with this book.”

What Would Frida Do?

Frida Kahlo, born Magdalena Carmen Frieda Kahlo y Calderón, was a Mexican artist best known for her beautiful self-portraits, catchy quotes and unibrow. She was also a feminist. A force. A woman ahead of her time who endured a lot more than met the eye.

Davis understands there have been many books and biographies written about Frida over the years, the “gold standard” biography being published in 1983 by Hayden Herrera. With the that in mind, Davis knew she didn’t want it to be just another biography, but instead she wanted to bring something new to the table with a book that is part biography (for anyone who may not be familiar with Frida’s story) and part self-help guide (to inspire readers to live their lives boldly).

“Not necessarily a blueprint of how you should live exactly like Frida did, but more just drawing inspiration from how far ahead of her time she was, so that you might be inspired to live your own life boldly in your own way,” the author explains.

Arianna Davis successfully achieves this mission. Not only is What Would Frida Do educational, but ridiculously self-reflective and inspiring. Taking a week off to write in Frida’s hometown in Mexico certainly paid off.  “Frida is one of the most famous people in history. She’s iconic. She is someone who is so well- known and there has been an Oscar-nominated movie done about her and countless books. So all of that was definitely intimidating …I wanted to make sure that I really did my research and that I got it right.”

Defining Our ‘I Ams’

There is so much good that can come from self-reflection and identifying our truths. Within Davis’ gem of a book, she shares a quote from Frida: “I am love. I am pleasure, I am essence, I am an idiot, I am an alcoholic, I am tenacious. I am; simply I am.”

When asked what her ‘I Ams’ are Davis replies, “I am definitely a dreamer. I think that I have always kind of had my head in the clouds and I’ve always been someone who isn’t afraid to dream big…I am also ambitious and know that is something that women especially aren’t necessarily encouraged to be…I am someone who’s always loved what I do and always been passionate about my work. I think that I’m also kind and generous and am also definitely a writer.”

Being able to confidently identify who we are allows us to boldly step toward our dreams while inspiring those around us to do the same. Davis hopes what sticks from her new book is the way in which Frida lived her life–very authentically to who she was. She’d love readers to be stirred by Frida’s bold decisions and unapologetic nature.

“I’m not necessarily saying live your life exactly as Frida did. She was coming of age in the 1920s and 30s. She made a lot of choices in her life that I might not necessarily agree with from her Communist ideals to her relationship with Diego. You know, there were a lot of things there, so I’m not saying do exactly as Frida did…I just hope that anyone who reads it takes away a little inspiration or motivation to live their life just as fiercely and boldly, in their own way.”

How You Can Learn to Live Boldly

Grab your own copy of What Would Frida Do anywhere books are sold. If you want to support an Indie book store (yes, please!), you can find one here. 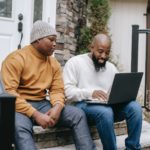 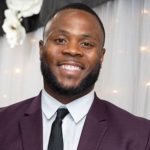 Gaynete' (Edwards) Jones is a leading Millennial business consultant, keynote speaker, best-selling author, podcaster and founder of G.A.M.E. Changing Industries. Her mission to assist Millennial women turn their passions into profit, creating a life of comfort, fulfilment and freedom for themselves, has allowed her to be featured in the likes of MSN Money, Yahoo, The Huffington Post, Success and and many others.