AriesFireBomb: A Media Space For Black and Queer People of Color 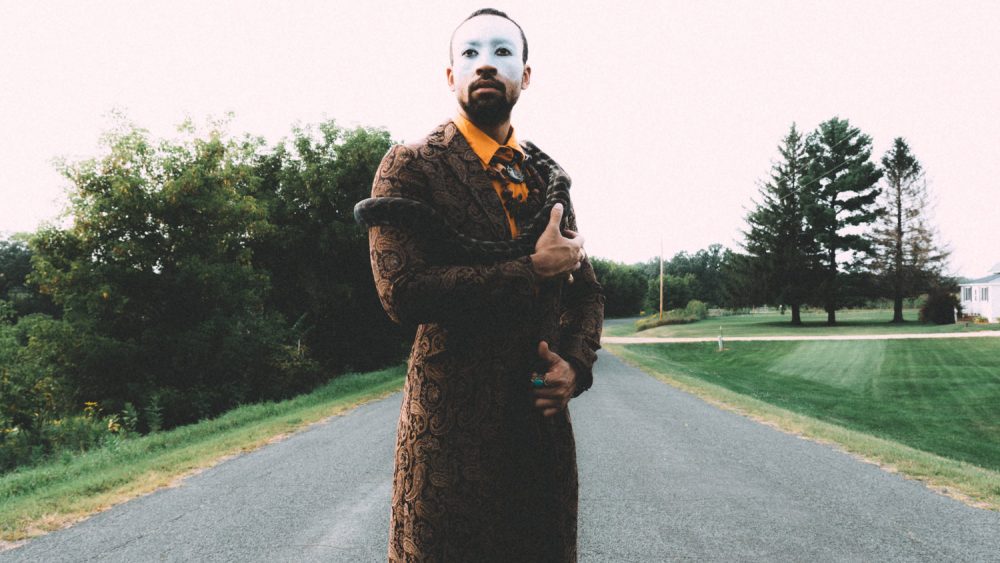 In the age of the millennial and the subsequent post-millennial generation, terms such as safe spaces and trigger warnings have become a normal part of an ongoing conversation. Some dismiss such terms, attributing their ubiquitous presence in our dialogue to the onslaught of political correctness and call-out culture. However, others have incorporated them into their lexicon because the meanings of these words serve a necessary function.

Consider the case of many LGBTQ folks who are black and of color. For many decades, the non-white members of the LGBTQ community were, and still are, visibly excluded in advertisements, media, films about gay and queer life, and were only visible when they were connected to a white character in some way—partner, witty best friend, or merely window dressing to give the illusion of Inclusion. While there has always been a decent cache of films highlighting the lives of black SGL (same gender loving for those who reject the Eurocentric connotations of calling themselves “gay”) men and women over the years, only a handful of them were able to garner the universal presence they rightfully deserved. In recent years, the visibility and stories of black gays and other non-black gays of color are on the rise. Films like the Oscar-winning Moonlight, Tangerine, Pariah, and others have shown once again that there is an audience. While visibility has increased, there is still a lot of work to be done. Where can black and queer people of color go when they want to see creativity that reflects them and their culture?

To assist in adding media spaces for black people to thrive, a young man from Minnesota recently launched a website that solely features the stories of black gay men, women, and other gay/queer people of color. The goal is to feature voices rarely heard with such openness and vulnerability. The creator of this media outlet is Ja’Mon Kimbrough aka AriesFireBomb, from whom the media website takes its name.

I met up with Kimbrough one warm summer day in Brooklyn to discuss what was to become AriesFireBomb. Standing outside of the bar in Dumbo with a camera around his neck, we greeted each other with a warm hug as if we’d known each in person for decades. As we sat down at our table and the drinks started to flow, he began talking about his passion project.

“The problem with LGBT media,” Kimbrough said as he looked at recent photos in his camera, “is that it’s still very Eurocentric. Quiet as it’s kept, or quiet as it used to be kept, white gay men sit at the top of the LGBT social chain. With shows like Pose and My House, we get a bit of representation but not a lot. Those are only two recent examples out of how many years? When it comes to media spaces, forget about it. You have to search to find them if they exist [at all] and the ones that are thriving wind up getting bogged down with trying to make their spaces “safe” for white readers and not safe for the black people they were supposedly created for. It can get hairy,” he explained.

“In response to the foolishness and absence of our visibility, I decided to stop talking about it and started doing something about it. I started Haus of Firebomb as a response to what was lacking and am building upon it. I wanted to create a site that was for us, by us, tells all of our stories with our slants, tones, idioms—all that make us beautiful and unique as a people.”

“I struggled with deciding what to do with this website since its inception. How vast should the content be? What parameters should be put into place? etc. So over the last year, it’s changed a lot. It initially started as a platform to tell different kinds of stories. Now since the site launched, we are showcasing photography, music, podcasts, fiction, and nonfiction stories as well as short films, which is soon to come. The content is robust, uncensored, and unflinchingly tells hard truths about what it means to be black and gay, or trans, or nonbinary, or a straight man who loves trans women, which can be confusing for those who aren’t up on current gender norms. AriesFireBomb will highlight subjects without the sensationalism that often comes with these kinds of stories but with tender truth.”

An example is an essay written about Gemmel Moore, one of two black men who died in the home of Ed Buck. Buck is a wealthy white gay man with political ties who has a penchant for buying the time of black hustlers, getting them high on Crystal Meth by offering obscene amounts of money, and seeing how much their bodies can handle. It’s a visceral essay that speaks on addiction, sex work, and the dangers of the white gaze, something Nobel Prize-winning and recently deceased author, Toni Morrison, and many other black writers of today, have spoken about in-depth.

The website also features photography of all black people—straight, gay, trans, non-binary—and aims to attract the talents of other creatives looking for a platform to showcase their work. More can be found here.

The AriesFireBomb website was created by black people as a platform to show the artistic endeavors of black artists. However, it is not exclusively for black creatives. Non-black people of color are also encouraged to submit their work. AriesFireBomb aims to cater to the entire LGBT spectrum of color: Asians, Latinos of all races, but with black artists taking center stage.

“We don’t get to tell our stories authentically or uncensored very often and no shade, the stuff that does get put out there isn’t really that great,” Kimbrough said with a casual shrug. “Ideally, if AriesFireBomb can help find the next James Baldwin-esque figure via the mediums we share, then my job is complete.”