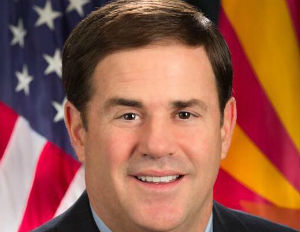 The latest state to decrease their welfare spending is Arizona, according to reports that the state will now cap the lifetime limit for welfare benefits at one year for recipients.

According to welfare policy analyst Liz Schott, ‘Most states impose a five-year limit on welfare benefits. Thirteen states limit it to two years or less, and Texas has a tiered time limit that can be as short as 12 months but allows children to continue to receive funding even after the parents have been cut off.â€ The upcoming budget year, which begins in July, will see a drop of roughly 1,600 families – including 2,700 children – from the state’s welfare program.

The state of Arizona, which ranks as the 7th most dependent state in the union, according to a report, also counts a little over 36% of it’s revenue from the federal government.

Per Al Jazeera, Arizona’s Republican led legislature voted to cut the budgets of an array of programs to meet the governor’s no-tax-increase pledge. The bill that included the welfare cuts received overwhelming support from Republicans, with just one Democrat voting in favor. Echoing the tone of recent legislation passed in Kansas – which places a fair amount of limits and restrictions on the way that those receiving federal government aid can spend or even access their money, Republican state Sen. Kelli Ward said during debate on the budget, “I tell my kids all the time that the decisions we make have rewards or consequences and if I don’t ever let them face those consequences, they can’t get back on the path to rewards… As a society, we are encouraging people at times to make poor decisions, and then we reward them.”

In a round of budget cuts that will total more than $4 million, the Arizona legislature also passed a law that requires people to have a job to qualify for Medicaid and cuts off those benefits after five years, believing that programs like welfare, Medicaid, and similar public assistance programs are crutches for the recipients.

Schott, a senior fellow at the Center of Budget and Policy Priorities, a nonpartisan research organization, offers that ‘long-term welfare recipients are often the most vulnerable, suffering from mental and physical disabilities, poor job histories and little education.. without welfare, they’ll likely appear in other systems that cost taxpayers, from emergency rooms to shelters to the courts.’

“The reason they are on public assistance is because many of them are not really succeeding in the workforce.â€ says Schott.