4.5 Million African Americans Could Lose Their Jobs to Automation 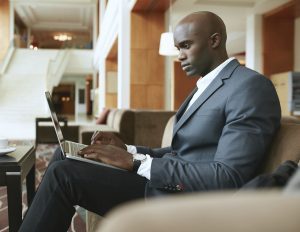 Job losses for African Americans could reach 4.5 million individuals in the next 10 years, according to a report from the consulting company McKinsey & Co. The report, called “The Future of Work in Black America,” details the challenges American workers will have in the coming decade due to automation in the workforce. African Americans will face 10% more job losses than the general population.

“There is an elevated risk to the African American workforce to modernization, automation, and the global shift that exists in this modern economy,” McKinsey partner and report co-author Jason Wright told Business Insider.

Automation consists of artificial intelligence, software, and robots that will handle the current low-wage, low-skills jobs in the near future. Businesses have been rolling out increased automation to achieve cost-savings and efficiencies that are greater than the human workforce can achieve.

McDonald’s recently acquired Apprente, an artificial intelligence company that focuses on speech, to help automate the drive-thru experience. McDonald’s has already implemented self-serve kiosks in many of their restaurants which require fewer workers at the point-of-sale.

The McKinsey report also found that African American males are less concentrated in parts of the country where economic growth is expected to be experienced over the next decade. “African Americans are underrepresented in five out of the six projected fastest-growing geographical archetypes and are overrepresented in two of the six slower-growing archetypes,” the report states.

The report found that these effects of automation can be mitigated by African American males obtaining higher education. The public and private sectors should pursue “large-scale economic-development strategies” to increase jobs and opportunities. African American males are “significantly underrepresented in the population that has a bachelor’s or graduate degree.”