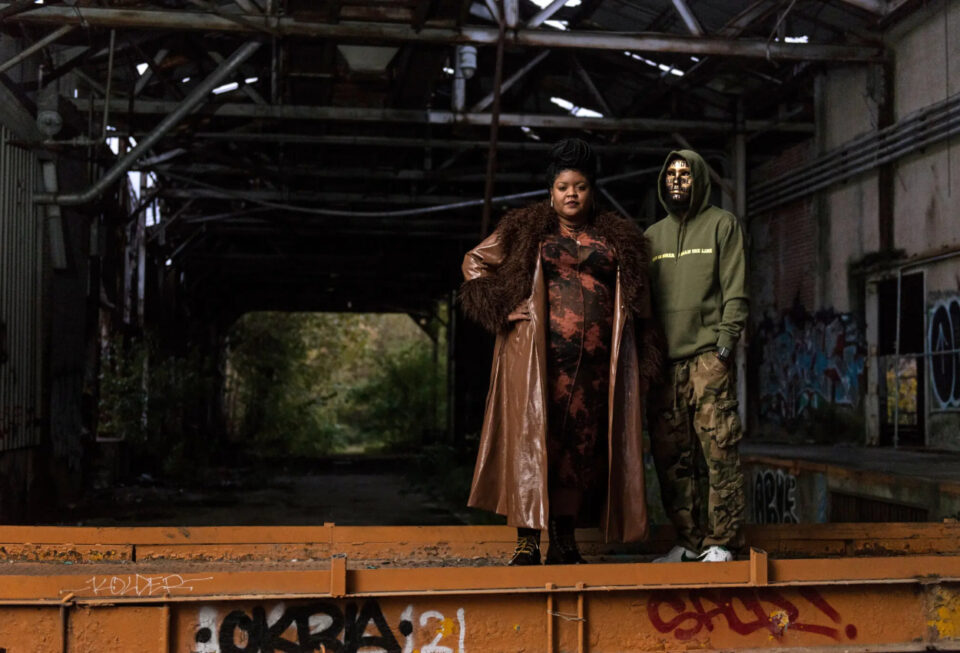 On a trip to Memphis, I became fully immersed in a community of Black innovators that is intentionally and unapologetically reclaiming its home.

Thanks to Memphis Brand, BLACK ENTERPRISE had the pleasure of convening with a glowing group of creators to share its perspective on the city’s thriving Black arts and culture.

From the soulful performances of artists to an art exhibit that showcases the exploration of Black pleasure and storytelling, the community of creatives and supporters is not asking for permission to exist. They are leveraging individual and collective power to plant seeds for what’s possible.

In Memphis, I witnessed the love and support shared among the creative space in the Black community. It is unwavering. One creator uplifts the other and the ripple effect pursues.

Two game-changing Black arts organizations, UNAPOLOGETIC and TONE, have joined creative and visionary forces to not only elevate Black artists in Memphis but to set the path for community wealth and ownership.

“Well, yes, there’s always competitive nature, but I think comprehensively, we’re in an era where we want this change so badly that we’re leaning on each other to build and to create synergy,” IMAKEMADBEATS, a.k.a. James Dukes, artist/producer and founder of UNAPOLOGETIC, a creative lable, tells BLACK ENTERPRISE.

Dukes recalls, “We would get together pretty regularly to just talk, essentially just be CEOs and complain about the current atmosphere and how we’re dealing with things. And one day we got together at my own studio. We just had the idea to just stop adding and start multiplying. Three and three ain’t got to be six. It could be nine.”

An Orange Mound tower in the making

After meeting Anasa Troutman, executive director of the Clayborn Temple and CEO and founder of The BIG We Foundation, I quickly learned just how the Memphis community shows up for one another.

While executing her own visions, Troutman helped UNAPOLOGETIC and TONE secure a matching grant from the Kataly Foundation, a nonprofit that moves resources to support the economic, political, and cultural power of Black and Indigenous communities and all communities of color.

The matching grant encouraged local funders to come onboard and the rest is history. UNAPOLOGETIC and TONE now own the vacant United Equipment facility on 2205 Lamar in the historically Black neighborhood of Orange Mound. They also secured the massive tower that stands as a centerpiece.

“We talk about property ownership all the time, but there’s this opportunity for us to be pushing our folks to be thinking about what’s even possible, Victoria Jones, executive director and CEO of TONE, tells BLACK ENTERPRISE.

“So much of this wouldn’t have happened if it was just based on my personal, limited understanding of what was possible.”

The site wasn’t the first choice for the pair. They tried purchasing a nearby shopping center, but according to Jones, the property was sold to someone else for half of the price they were asked to pay—but that didn’t blur the vision.

With the continuous help of the community, Dukes and Jones are building a new hub for Black business and innovation in the first neighborhood in the United States built for and by Black people.

“You walk up to the property, and you’re like, ‘Oh, this is it,'” Jones recalls when she first toured the property located across the street from TONE.

“There’s a heartbeat to it, and we got to imagine what this blank canvas could be. Stories and the innovation and the future for Black Memphis—all of that embedded in the legacy of this neighborhood.”

The Orange Mound Tower inspires as it emerges

The ambitious project is a 7-acre mixed-use development to “convene, celebrate, and accelerate Black innovators,” according to the website.

The unveiling started with a Juneteenth celebration which drew thousands to the site during the summer of 2021. This year marked the second annual Juneteenth Family Reunion celebration and gala, where a line-up of Memphis talent blazed the stage and the audience jammed with pride.

According to Dukes and Jones, the tower’s official induction into the community has ignited an abundance of inspiration to claim opportunities in Memphis.

“I love the opportunity that’s in front of us,” Jones says. “I know this project is going to be its own standalone remarkable moment, but I think the success of it is dependent on these remarkable moments happening in other neighborhoods.

“We’re seeing it and it’s feeling very true, but it’s inspiring others to do that in their own neighborhood, with the corner store that might need to be renovated and it’s been vacant for some years. There’s just these different levels of opportunities in these other neighborhoods that we’re watching people access and walk into. That’s been really, really exciting.”

Dukes, who grew up in Orange Mound, is a firm believer that Memphis never truly set up the infrastructure for Black ownership, especially within the music industry.

The future of The Orange Mound Tower

For the next three years, the plans for the tower include residential and office space as well as art galleries, a performance venue, and an incubator space where Black creatives and cultural organizations can live, collaborate, build, and perform. UNAPOLOGETIC will continue to build its art and culture ecosystem in a three-story office and recording studio complex.

The future is bright for the forthcoming hub as deeper collaborations and partnerships forges.

For Dukes, he keeps the younger generation in mind.

“I think about that 14-year-old walking down the street also, let me go to the tower right quick,” Dukes says

“What is it to have a new generation of kids that just have a very different idea of what’s possible?” he wonders. ” Because even as much as Victoria and I, and all the people involved in this are dreaming, our dreams are based in repairs. What is it when kids don’t have to do that repair, they just start with fresh slates of what’s possible?”

Jones adds, “And I think, my hope is that James and I are playing the role that my mother played, like join the Navy so that we could offer up the privileges so that the next group can say, what do we want to do? Who do we want?”

“We’re not here to create new artists. It’s about seeing folks do things that expand what you believe is possible for yourself.”

The journey may not be easy, but the Orange Mound Tower still rises!