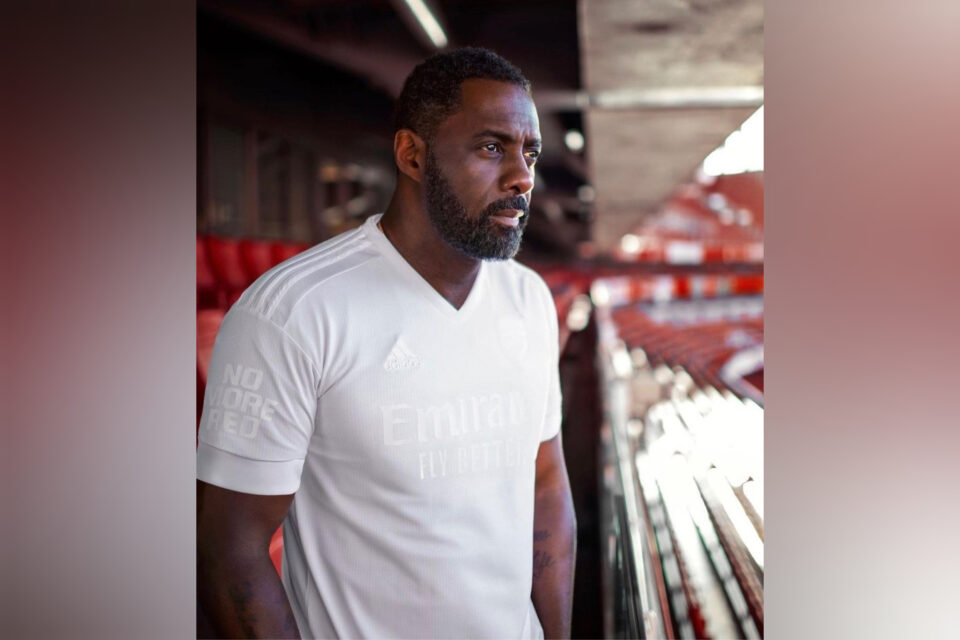 Two years after launching his own “Don’t Stab Your Future” campaign, Idris Elba has once again taken a public stance against youth violence in London.

The actor made an appearance at Arsenal F.C.’s game on Sunday, donning a limited edition jersey released by the football club in collaboration with Adidas.

The jersey is part of the “No More Red” initiative launched by the two organizations to “tackle the root causes of youth violence, and provide safe spaces and more opportunities for our young people,” the teams website explains.

Arsenal replaced their regular red uniform with the all-white “No More Red” jersey – which will never be made commercially available – for one game: the Emirates FA Cup. Ten jerseys worn by outfield players during the match have been donated to non-profits working to combat youth violence.

The jerseys will in turn be gifted to “inspirational young people,” Elba revealed on Instagram.

According to the BBC, the British capital saw more teens die by homicide in 2021 than at any point since 2003. Of the 30 such homicides, 27 teens were stabbed to death, two were shot and one died in an arson attack.

All in all, teens represented a quarter of the 122 homicides in London despite only representing 8% of the city’s population.

“Last year, 30 kids — and I’m going to say ‘kids’ — died senselessly over knife crime,” Elba said in an interview posted by ITV Football on Twitter. “And the year before that, the year before that, it’s an ongoing problem. Ian [Wright] and I teamed up with Arsenal and Adidas to make a point and say something about it.”

⚪⚪⚪ @Arsenal are wearing a special white kit this evening to shine a light on the epidemic of knife violence in London@idriselba explains all#NoMoreRed | @EmiratesFACup pic.twitter.com/3BQHx0fOh7

According to Arsenal’s website, the “No More Red” campaign is an extension of the team’s ongoing community outreach work. At it’s core, the project aims to create more safe, positive spaces for young people in the capital.

As part of the campaign, Elba will also participate in a mentorship program supporting young people doing positive work in the community.