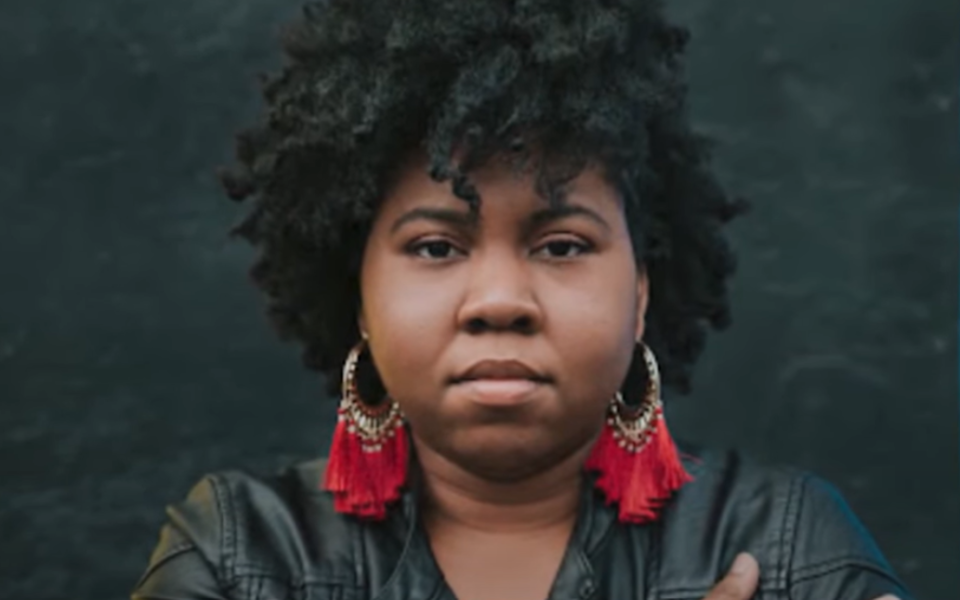 “I dreamed of being Alabama state poet laureate, U.S. poet laureate, a Nobel laureate. These are all my dreams since the age of four,” Jones told NPR affiliate WBHM.

She started writing poetry as a child after reading a poem about Harriet Tubman. She has since gone on to launch the Magic City Poetry Festival, serve as a member of the creative writing faculty at the Alabama School of Fine Arts, and will release her third book of poetry, Reparations Now, next month.

Jones was attending the Alabama Writers Cooperative’s yearly meeting on Sunday when she received her latest, history-making accolade.

“I couldn’t help but feel like it wasn’t real life because so much work culminated in this moment,” Jones said. “So, I felt excited and scared and happy and just very humbled, honestly, that people would want me.”

Not only is Jones Alabama’s first Black poet laureate, but she’s the youngest. While she’s proud to receive the honor, Jones notes it shouldn’t have taken the state this long to do so.

“I feel honored to open that door, but I also feel like I want people to realize that I shouldn’t have been the first in 2021,” she said.

It took nearly a century since its inception in 1930 for the state of Alabama to pick a Black person as its poet laureate. But Jones hopes her addition will become a “normal thing that anyone can be a poet laureate and represent their people and their culture.”

Now as Alabama’s poet laureate, Jones will get to tour the state through a series of appearances at schools, universities, libraries, and other state institutions. She will get a chance to give lectures, recite poetry, and host workshops for the community.

“It’s simply me being able to tell everybody, ‘Hey, y’all, this is what we’re doing here in Alabama,’ or even to connect communities within the state who may not know about each other and connect them to resources,” Jones said.