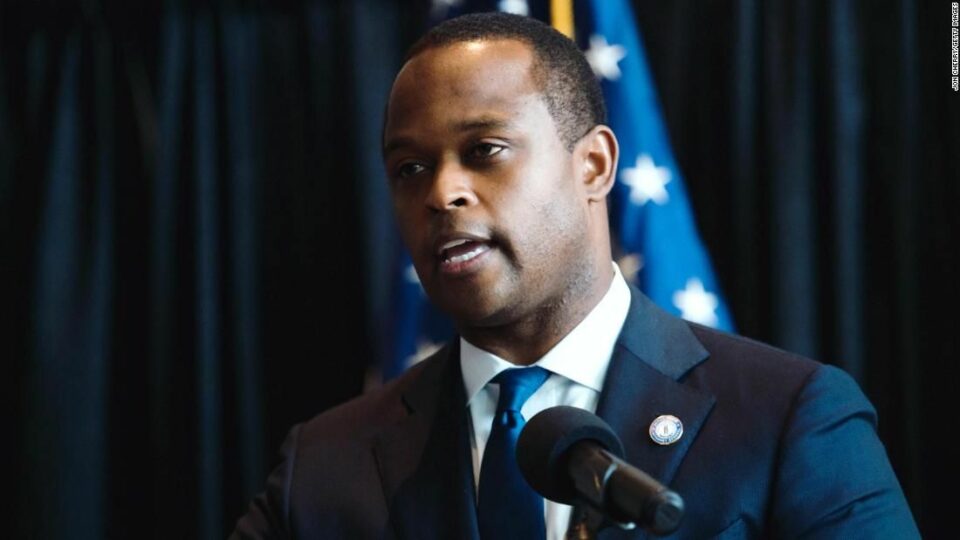 On Wednesday, Republican Attorney General Daniel Cameron of Kentucky announced his candidacy to become the state’s governor, according to the Associated Press.

Cameron threw his hat in the ring for the 2023 governor’s race in hopes of unseating the Democratic incumbent, Gov. Andy Beshear, and rallying his constituents to support him as he campaigns against abortion rights and opposes the coronavirus restrictions instituted by Beshear, the AP reports.

I’m proud to announce that I am running for Governor of Kentucky to deliver Bold Conservative Leadership to the Commonwealth. Join us!https://t.co/67s5STj0Jy pic.twitter.com/pdMRIWfbsQ

However, Beshear is prepared to fight for his position to gain a second term. On Thursday, he filed an ethics complaint against Cameron for “violating clear ethics laws and rulings that prohibit him from using his current office to target a political opponent,” WLKY reports.

He argues that Cameron’s run for governor is a conflict of interest because, as AG, Cameron launched numerous investigations into the Beshear administration, according to WLKY.

“It’s clear you can’t as attorney general investigate the governor and then run for governor,” said Beshear at his Team Kentucky update.

Cameron’s campaign addressed the ethics complaint in a statement:

“(Attorney) General Cameron has time and again protected the rights of Kentuckians who have had their rights trampled upon by a governor acting outside the bounds of the law. Andy Beshear has lost time and again. This is the real Andy Beshear — he shows his true colors when he has his minions send out a memo complaining that being held to the law is unfair. Over a year out, and Beshear is already acting this desperate? What a joke.”

Cameron came under intense scrutiny for how he handled the Breonna Taylor case, fatally killed by Louisville police officers, and said the grand jury decided the outcome.

“The prosecutors made a recommendation to the grand jury and those members ultimately decided to pursue that particular recommendation and indict one of the officers,” said Cameron.

However, three jury members of a 12-member grand jury publicly said Cameron’s team reduced their scope and misinformed them about the particular charges they could bring against the officers.

Cameron seemingly avoided defending his actions around the Taylor case and responded to the jurors’ criticism on Thursday, saying they can “speak for themselves,” according to the Courier Journal.