AT&Tâ€™s Tech Will Let Cars Talk to Each Other 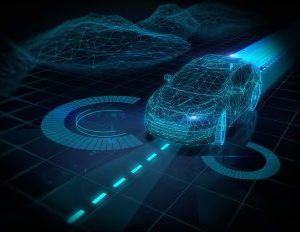 The platform lets cars communicate with each other and also with smart city infrastructures. For example, a car could communicate with another on the road about an approaching vehicle, or a vehicle could interact with a connected traffic light or roadside sign.

AT&T designed V2X with partners Ford Motors and Delphi. The latest enhancement to V2X is extending the range of DSRC communications. DSRC, Dedicated Short Range Communications, allows devices to transmit information, such as location, direction, and speed, to nearby vehicles.

Research shows that the ability for vehicles to interact with each other and with smart city devices could reduce accidents and fatalities on the nation’s roads.

“We’re moving from today’s connected car to a fully autonomous vehicle. Our work with Delphi and Ford will deliver safer, more secure, cost-effective, and efficient solutions to do this,â€ says Chris Penrose, president of Internet of Things Solutions at AT&T.

Finally, the carrier announced it will integrate its 4G LTE and Wi-Fi services into Honda vehicles in the U.S. and Canada. AT&T’s network will work with the HondaLink apps and services, providing drivers with navigation, streaming radio, diagnostics, and remote lock/unlock abilities.

Telecoms, auto manufacturers, and technology companies are making heavy investments in the autonomous vehicle space. According to a report from Juniper, self-driving car production will hit the 14.5 million mark by 2025.

While the benefits of self-driving cars include reducing and perhaps someday, eliminating fatalities on the roads due to human error, industry-watchers estimate a downside to this new tech; the obliteration of over 4 million jobs in the future.