Broadway Stars To Rally In Support In Black Lives Matter 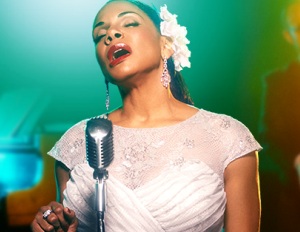 The Mothers of the Movement took to the stage at the Democratic National Convention to talk about their children. They were the Black Lives Matter mothers of Michael Brown, Trayvon Martin, Sandra Bland, and others who all died due to gun violence orÂ at the hands of police officers.

Now more than a dozen Broadway stars are taking to the stage, rallying in support of the Black Lives Matter movement. A special concertÂ will take place at Columbia University in New York City (Aug. 1, 2016 at 8 p.m.). A group of Broadway community arts activists, called the Broadway for Black Lives Matter Collective, says that they are responding to the call for action that they felt by presenting a night of unity and solidarity through artistic expression and conversation.

According to a statement from the Broadway for Black Lives Matter Collective, “an overwhelming number of friends and colleagues in the Broadway community have expressed a deep desire to participate in an open dialogue about the social and racial justice issues that are troubling our nation. The event will bring Broadway performers together with policy reformers, educators, clergymen, public officials, and community leaders to discuss a plan of action. The evening will spark conversation and encourage people to discover their roles as active participants in a movement toward positive change.â€

Broadway Black, a digital platform dedicated to highlighting the achievements of black theatre artists, will live-stream the event, which can be watched on its website. Follow @BroadwayBlack #BWAY4BLM to join in the conversation. Playbill.com will also share exclusive coverage in conjunction with the event.

Last month, Broadway Black hosted The Blackout Party in conjunction with the Tony Awards to highlight and celebrate the achievements of Black BroadwayÂ artistsÂ of the 2015-2016 season. “With over seven decades dedicated to recognizing the best talent on Broadway, black performers, production crews, and creative staff have a loyal and engaged following that respect and admire their talent and voice.”