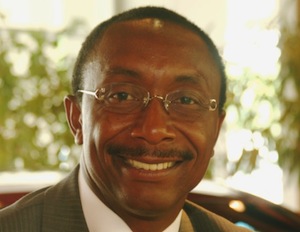 Jackson launched Prestige Automotive in 1993. Today, the business is comprised of three dealerships, including Mercedes-Benz, Toyota and Scion. Before the Great Recession and the corresponding shake-up of the automotive industry, Jackson, also president and CEO of Jackson Automotive Management, became the first African American auto dealer and only the fourth Black-owned company to generate $1 billion in annual revenues. He’s also earned the coveted Mercedes-Benz Best of the Best Award, as well as being named a BE 100s Auto Dealer of the Year by Black Enterprise.

Also, UBR Contributor Samantha Pass talks with BCT Partners Chairman and CEO Dr. Randal Pinkett, the author of Campus CEO: The Student Entrepreneurs Guide to Launching a Multi-Million-Dollar Business, about launching an entrepreneurial ventures while pursuing a college degree simultaneously. In addition to landing several billion-dollar contracts this year for BCT Partners, a program management and IT solutions company based in Newark, N.J., Pinkett is also widely known as the first African American to come out on top on The Apprentice reality TV show.

In my “Alfred’s Notepad” segment, I talk about the legacy of Reginald F. Lewis, who acquired Beatrice International Foods in a landmark $985 million leveraged buyout, ultimately creating the first black-owned billion-dollar company in 1987. On a personal note, I covered the deal as a young journalist, in a cover story forever memorialized in the November 1987 issue of Black Enterprise. As we celebrate the 25th anniversary of that deal, I share the importance of continuing to uphold Lewis and his achievements as a standard and inspiration for the future of Black entrepreneurship. Learn more about Lewis and his legacy at ReginaldFLewis.com.

And finally, every week on UBR, you’ll get motivation and inspiration from author and entrepreneurial icon Farrah Gray, a weekly wrap-up of business news from USA Today business correspondent Charisse Jones, our Patient Investor Report from Khoa X. Ho of Ariel Investments and key economic intelligence for small business owners from our UBR economists Derrick Collins and Rasheed Carter.

Alfred Edmond Jr. is the senior VP/editor-at-large of Black Enterprise and the host of the Urban Business Roundtable, a weekly radio show, sponsored by Ariel Investments, airing CST Wednesdays at 8:30 a.m., Thursdays at 6:30 p.m. and Saturdays at 9:30 a.m. on WVON-AM 1690, the Talk of Chicago. You can also listen to the live airing or get a podcast of the show at WVON.com. Check back each week for UBR Spotlight, which features additional resources, advice and information from and about the topics, entrepreneurs and experts featured on the show.