'Baby Jenkins Is Here': Jeezy and Jeannie Mai Welcome Their First Child Together 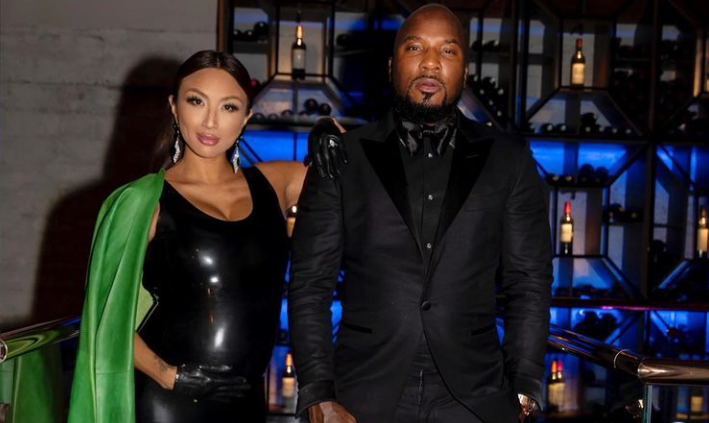 Rapper Jeezy and The Real’s Jeannie Mai are bringing in 2022 on a high note with the arrival of their first child together.

On Tuesday, Jeannie shared a photo confirming the arrival of baby Jenkins.

“I asked God for a life of love and happiness. He sent me my family. Baby Jenkins is her,” The Real co-host captioned a photo of a baby blanket covered in footprints with the nametag “Baby Jenkins” at the head.

It’s the first child for Jeannie and the fourth for Jeezy. The baby’s arrival comes just ahead of the couple’s first wedding anniversary in March.

Last month, Jeannie shared a video recap of the lavish “baby shower of love” she and Jeezy had thrown for them by their family and friends.

“How am I falling in love again…but this time with someone I’ve never met? Baby J isn’t even here yet—yet bringing together our friends and family in a way only God can do,” Jeannie captioned the post.

It’s a complete switch for Jeannie, who spoke openly about not wanting to have children during her first marriage. Her decision not to start a family ultimately led to her divorce from Freddy Harteis.

“When we were dating I was always very vocal — because I’ll never lead a man on when I know I don’t want to have children,” Mai said on a 2018 episode of The Real. “So, I was always honest about that.”

“When you physically see how a man is with a child, and if the man really desires to be a father, and you know that you are that block between that happening, you just don’t feel right about yourself every single day,” she revealed.

Harteis hasn’t had anything nice to say about Jeannie since their divorce. He has since moved on and has welcomed two children with his girlfriend, Linsey Toole.