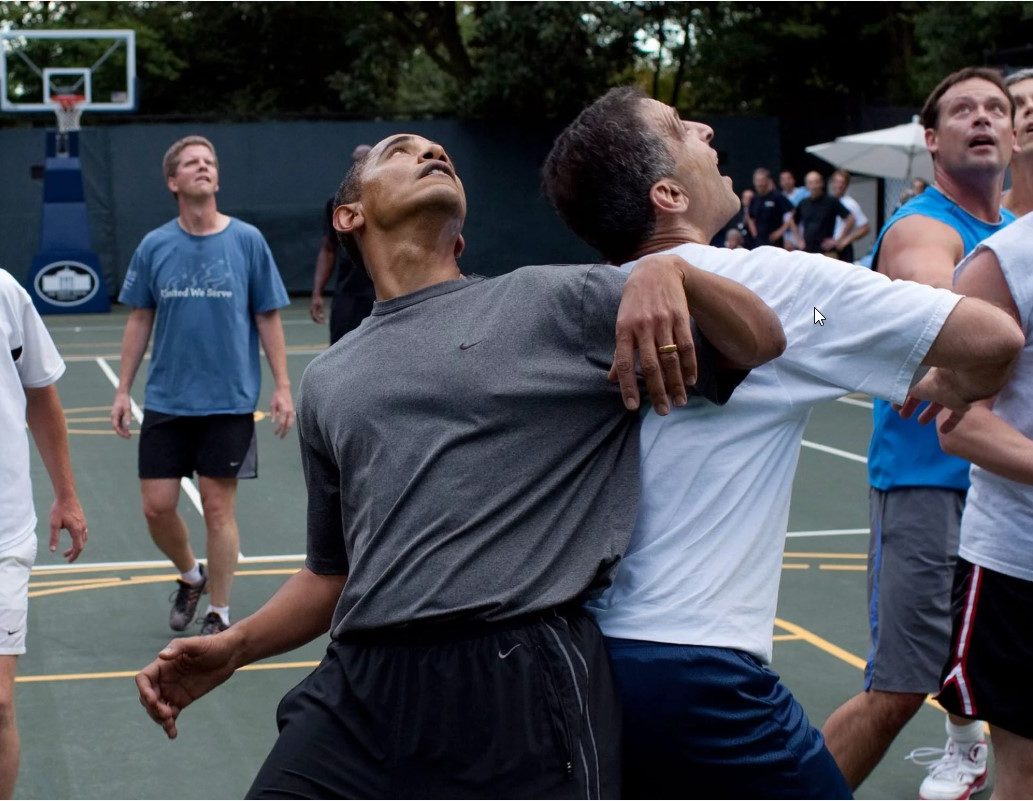 President Barack Obama, along with members of Congress and Cabinet secretaries, jockeys for a rebound during a basketball game on the White House court, Oct. 8, 2009. (Courtesy Barack Obama Presidential Library)

The Barack Obama Foundation is setting up in Jackson Park on the Southside of Chicago, near the University of Chicago. With the impending construction of the new building, the foundation has received a $5 million donation from Nike for the upcoming athletic facility at the Obama Presidential Center in Chicago.

“When President Obama’s Presidential Center opens its doors, it will be the first to include a public athletic facility—made possible in part by a $5 million contribution from the Nike Foundation,” Jorge Casimiro, Nike’s Chief Social & Community Impact Officer and Nike Foundation President, says in a press statement about the sneaker giant’s commitment. “The facility at the Obama Presidential Center will be a community space, where many aspects will be free and open to Chicagoans and visitors from around the world. Anyone will be able to jump into a dance class or join a pickup basketball game.”

The Nike executive also mentions that along with the athletic facility, there will be three other buildings on campus. One will be a museum, the second will be a forum for public meetings and programming, and then the library, in partnership with the Chicago Public Library, which will all wrap around the main plaza. There will be some new gardens, a 2-acre playground, running and walking paths, a large green lawn for playing and even a hill for sledding.

“At Nike, we also know that it will be a place for much more,” Casimiro continues. “Our belief in the power of sport to transform lives is why we work with organizations like the Obama Foundation—because whether it’s on a global scale or at the grassroots level, we’ve seen what’s possible when sport brings us together.

“Just like with sports, partnering with others helps us up our game. It’s about listening, learning and understanding how we can truly best serve a community. It’s about coming together with common purpose to amplify our collective capacity for impact.”

The facility will be part of a proposed 19.3-acre campus within the 550-acre Jackson Park in Chicago.