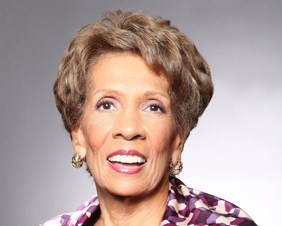 Family matriarch and a guiding force of Black Enterprise, Barbara Eliza Graves succumbed early this morning at Howard University Hospital after a more than three-year battle with gall bladder cancer. She was 75.

The wife of Earl G. Graves Sr., the founder, chairman and publisher of Black Enterprise, she played a vital role in the growth and development of the publication and media company, and its mission of economic empowerment and wealth building for African Americans.

Since the launch of Black Enterprise Magazine in 1970, Barbara Graves, an alumna of Brooklyn College and a former elementary school teacher, held every major position, including editorial director, circulation director and chief financial officer, during the 40-plus-year history of this company. Along the way, she is credited with grooming and developing several generations of executive leadership, including sons Earl Jr., Johnny and Michael, all of whom have worked as executives at Black Enterprise. Graves also co-founded and guided the Black Enterprise Women of Power Summit, the premier networking event and conference for women executives of color.

“My mother was a steadfast and loving partner and counselor to my father; his quiet source of strength and inspiration,” says Earl Graves Jr., president and CEO of Black Enterprise. “She served as mentor and guide to several generations of employees, managers and professionals. Above all, she genuinely cared for every member of the Black Enterprise family, and held a special passion for children and young people in particular.”