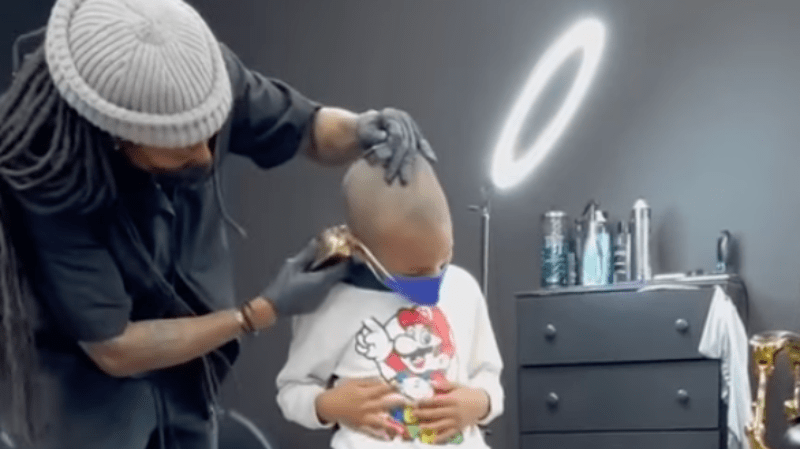 For LaQuista Erinna, the mother of a 6-year-old with autism, her son’s recent experience at the barbershop was a memorable and lasting one.

She posted a lighthearted video of her son, Jackson, getting his hair cut by a barber determined to provide an entertaining and accommodating experience. The barber, known as Ree, is seen in the video catering to Jackson’s sensitive sensory needs, while showing off her skills as she executes the haircut. Jackson dislikes loud noises or hair to touch him.

The short Instagram clip shares the positive experience between Ree and Jackson, as she and the young, gleeful kid are seen standing up and running around the shop. It appeared that the pair were playing a fun game.

Erinna described Ree’s good nature and professionalism and noted her patience in the caption of the video.

“@expozdcutz (put some respeck on her name) has been a blessing to my family. When your kid is on the spectrum, people don’t want to be bothered,” Erinna captioned the video. “She’s always been so patient and kind to Jack-Jack. Yesterday was an epic meltdown. I usually have to do some coaching to get him in the chair. He will put on his headphones, and we power through. Yesterday he forgot his headphones, and it went downhill fast.”

“He refused to sit in the chair and just lost it. Ree noticed his Super Mario bro hoodie (he’s low-key obsessed) and told him that he needed to save Mario by making sure no hair gets on him. She cut his hair while he moved and ran around the shop. His smile at the end was priceless,” she continued.

Erinna also created a GoFundMe campaign to support Ree’s present and future work with children who have special needs.