"Barber to the Stars" Talks Passion for Good Grooming (Part I) 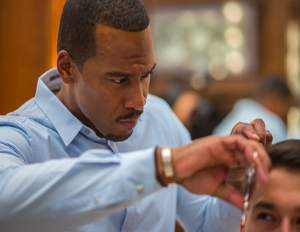 For Craig the Barber, it all started back in high school.

Inspired by a relentless sense of style that ‘necessitated’ weekly haircuts–something his parents didn’t quite agree with–Craig decided to preserve his visual brand by learning to manage his own mane. His first attempt left him with a bald patch on the side of his head. But that didn’t matter. He refused to give up. Eventually he taught himself to cut his own hair with impeccable precision and became the go-to “barberâ€ for most of his friends–even throughout college.

After college, however, Craig began a lucrative career in finance, working diligently, but never quite loving it. It felt like work.

But it was through soul searching and the unqualified support of his wife, that Craig experienced a true eureka moment: He realized that rekindling his passion for cutting hair could transform his career. Following a swift resignation, he promptly enrolled in barbering school.

A highly skilled practitioner, Craig worked with several of the most prestigious salons and barbershops in the Los Angeles area, including Gornik & Drucker at the Montage Beverly Hills, The Shave of Beverly Hills, Fred Segal Beauty, and Dean Anthony Men’s Salon, where his clientele grew to include many of Hollywood’s most famous faces and names.

During this time, he simultaneously launched an on-site grooming service called The Grooming Concierge, which provided a multifaceted platform of grooming-related services. Soon after, he launched his own iconic brand, Craig the Barber, and the rest is, well, history.

[Related: [Entrepreneurs of the Week] How Bold Beardsmen is Redefining the Grooming Experience For Men]

BlackEnteprise.com caught up with this master barber to discuss all things good grooming and what it means to lead in the barbering industry.

BlackEnterprise.com: How important is good grooming for men in the world of business?

It is extremely important.Â The old adage “you only get one chance to make a first impressionâ€ is so common because it is true.Â Whether on a job interview, meeting a new client, or simply headed to work, demonstrating that you care about your appearance says a lot about a man.

Presenting yourself in the world of business starts with looking the part. Good grooming, proper skincare, haircare, healthy shaving habits, and a well-maintained hairstyle will give you the visual appeal you need to get your foot in the door. After that, you can showcase your experience.

How did you begin to make a name for yourself in Hollywood?Â

My big break came while working at the original Fred Segal Salon in Santa Monica, California. It was a very high-end salon that serviced many of Hollywood’s Who’s Who and related events. I was the only barber on staff, which quickly helped me to build my client portfolio. Observing my work first-hand created relationships and led to referrals.

Once during an Emmy Awards-related event (where I was the in-house barber), I met the director of education for Lab Series Skincare For Men. Approximately six months later she hired me to educate the company’s sales management staff on the specifics of shaving in two major markets. Less than a year after that, I became the in-store spokesperson for the brand. Working with the global brand, Lab Series, created even greater exposure for me in the entertainment industry. Since then, I’ve continued to build a valued list of clientele that includes businessmen from nearly every industry, including Hollywood A-listers, such asÂ Usher and Jermaine Dupri, to name a few. 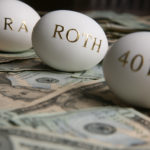