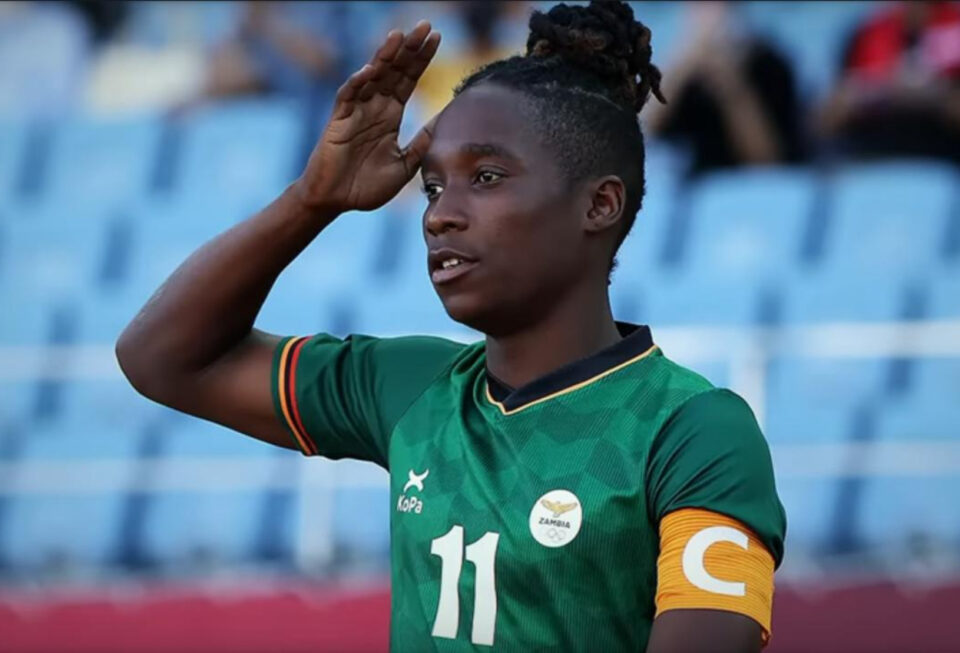 An African woman will not be able to participate in an upcoming women’s soccer tournament due to a gender verification test ruling her ineligible.

According to ESPN, Barbra Banda, who is an emerging superstar in women’s soccer and the captain of Zambia’s national team, was ruled ineligible for this summer’s Africa Women Cup of Nations (AWCON). The reason? “Gender verification” tests stated her testosterone levels were too high.

The 22-year-old athlete was one of four players left off Zambia’s final AWCON squad after they refused to undergo hormone suppression treatment. All the players’ testosterone levels were said to be above the Confederation of African Football’s (CAF) limit for the tournament.

Banda had a strong and eventful debut in the Olympics last year when she became the first woman to strike back-to-back hat-tricks in Japan. She netted six goals across two matches in the history of the women’s competition.

The Zambian Football Association (FAZ) Communications Director, Sydney Mungala, stated that they were notified that Banda’s testosterone levels were outside CAF’s guidelines after she had done well in the aftermath of her star turn at the Olympics. Banda and other players whose testosterone was above the acceptable level were offered hormone suppression.

“Our FA [Football Association] President [Andrew Kamanga] is in Morocco and has been pursuing this matter with his colleagues in CAF,” Mungala told ESPN.

“The Barbra case is just one example, but the broader picture is to strive to see how these regulations can be more responsible for the general situation — not just Zambia. Many players can be affected by these regulations, and football is their livelihood. I think the CAF regulations are a lot more stringent [than Olympic regulations], and they put too much stress on testosterone levels.”

South African track star Caster Semenya is another woman who has been disqualified in her sport for the same reason. She also refuses to take hormone suppression.

Last year, according to The Associated Press, the 31-year-old athlete appeared on HBO Real Sports and spoke about having to prove that she was a woman so she would be able to compete in her sport.

Semenya also revealed that after winning the world title at the 2009 World Championships in Berlin, she was forced to take medication by World Athletics, formerly the International Association of Athletics Federations (IAAF), that artificially lowered her natural testosterone to compete against other female runners. Details about the medication Semenya took were never disclosed, but it’s assumed that she took birth control pills or something with identical effects.

“It made me sick, made me gain weight, panic attacks. I didn’t know if I was ever going to have a heart attack. It’s like stabbing yourself with a knife every day. But I had no choice.”