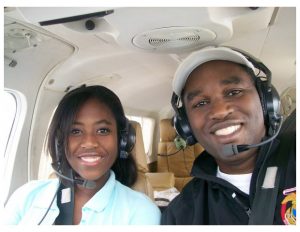 Zycron Inc., a technology services company and one of the nation’s largest black-owned businesses, was just sold for $20 million.

Darrell S. Freeman is the founder of Zycron Inc. His company ranks 67th on the most recent BE 100’s list of the nation’s largest black businesses with $38.414 million in annual revenues. It is also one of the largest information technology companies in Nashville, Tennessee.

Acquired by BG Staffing Inc., Zycron will operate under its own brand and as a separate entity as per a press release.

Freeman told The Tennessean that most of his employees will remain and that his position of executive chairman will transition to executive managing director. He stands to make an additional $3 million per year if certain performance markers are reached.

A large part of Zycron’s success is its contracts with large agencies and businesses including the Tennessee Valley Authority and FedEx. Sixty percent of its revenue comes from government contracts.

After graduating with a degree in computer science and a master’s in industrial studies from Middle Tennessee State University, Freeman started Zycron at the age of 26 in the 1990s. He financed the business on credit cards and wound up $30,000 in debt.

“If you wanted to buy a computer from me, or two computers, I would charge those computers on my credit card. When I sold them to you, I would bill you,â€ Freeman said in an interview with Black Enterprise. “Hopefully, you would pay me within the time period needed before my bill was overdue. I can remember going to get gas one day and my credit card was not taken because it was overdue.â€

He adjusted his business model to focus on the service side of the tech business. By 2006, Zycron’s revenue grew to $19.4 million.