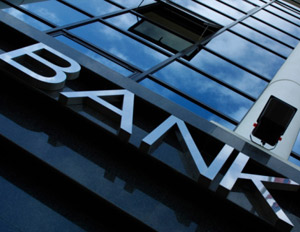 The closure ended a 12-year run for Legacy after it was founded by Delores Sims, Margaret Henningsen and Shirley Lanier. The three African American women raised $5 million in capital to start the bank in 1999 and focused on providing financial services to the under served in Milwaukee. Their approach worked as Legacy became one of the nation’s fastest-growing black banks in the last decade, earning the distinction of becoming the BE Financial Services Company of the Year in 2009.

“The founders of Legacy were phenomenal women and they had a vision and mission that we hope to blend with Seaway in Milwaukee,â€ Grady says.

The recent recession and hefty loan losses, however, hurt Legacy’s financial standing. Last November, federal regulators ordered the bank to boost capital to sufficient levels or sell to another institution in 60 days.

Efforts by BE to reach Chairwoman and CEO Sims and the other founders for comments on Legacy’s closure and Seaway’s takeover proved unsuccessful.

Seaway, Chicago’s largest black-owned bank, absorbed all of Legacy’s more than $183 million in deposits and its one branch in downtown Milwaukee, adding roughly 4,400 individual and business accounts. Grady says the deal will boost Seaway’s assets to about $630 million and give it $500 million plus in deposits which would place it among the nation’s five leading black banks. Seaway operates 10 branches mainly in the Chicago metropolitan area and has ATMs at O’Hara and Midway airports.

He says Seaway plans to launch a corporate trust department and a 1 percent down home mortgage program, products geared to businesses and low to moderate income individuals in Milwaukee. The institution currently has no plans to add more branches in Milwaukee but may consider an expansion if demand was there.

The FDIC’s Barr said Legacy’s closure was due to significant losses in its commercial real estate and industrial commercial lending portfolios over the past 18 months. “Legacy Bank unfortunately was one of the almost 350 banks [nationally] that fell since the financial crisis begin in 2008,” Barr said.

Legacy’s shutdown continues a diminishing trend for black-owned banks. There were 28 US banks owned by African Americans as of Sept. 30, 2010, down from 33 for the same period in 2009, according to Federal Reserve Bank data. William Michael Cunningham, social investment adviser at Creative Investment Research Inc., a Washington D.C. firm specializing in minority banking, maintains that the 2010 number is actually closer to 25 because three black-owned banks have closed since September.

Legacy becomes the fifth black-owned bank forced to close in the past year. Cunningham says the other banks include American State Bank in Tulsa, Oklahoma; Imperial Savings and Loan Association in Martinsville, Virginia; Ideal Federal Savings Bank in Baltimore; and Dwelling House in Pittsburgh

Cunningham further says the loss of those banks means black consumers and churches in those communities will find a harder time gaining access to financial services, including obtaining small business loans and mortgages as well as opening checking accounts. “That’s more critical now because of the poor economy and weak state of the banking industry in general,” Cunningham says, citing that existing institutions need to review strategic plans and raise capital before being required to do so by regulators.

Although he called Legacy’s closure a “tragedy,” Cunningham says the good news is the institution is being seized by another black-owned bank: “A black bank is needed there because the credit needs of that community has a history of not being met by mainstream banks.”