BE Business of Entertainment: Holiday Soiree 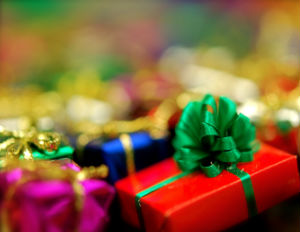 On Friday, Dec. 18, from 11:00 am —Â 2:00 p.m. EST, Black Enterprise will be highlighting several entrepreneurs from the entertainment industry and their work at the BE Holiday Soiree. Special guests will include:

Back in 1995, window dresser Ty Hunter was working at a local Houston boutique called Bui-Yah-Kah. At the boutique, Hunter assisted customers, including Tina Knowles. Hunter stated that one day he called her to ask if she needed a hand, and “the rest, you can say, is history.â€ Even without having his own publicist, word about his line, ‘With Passion,’ has spread. Hunter also says he’s signed a deal with a major retailer to begin selling his line in the spring.

Known for a voice that is both strong and vulnerable, Kelly, new to the music scene, made his lyrical debut with his EP, The Wonder Years…Â in April 2011. The five-track mash-up was instantly a hit, and even without a manager, Kelly is making his mark in the music industry.

Homer became a champion for bringing underprivileged athletes into the sport of fencing. At the age of 25, Homer travels around the country speaking at public events, on the need for diversity in the sport, in addition to teaching fencing clinics. From the age of 5, fencing always appealed to him, and he found his passion. After years of training, he won a Cadet World Championship medal in 2006 and later went to the London Olympic Games.

The author of Single, Sexy & SatisfiedÂ is not only a personal trainer, but also an inspirational fitness icon. She made her TV debut on Good Day New York with her famous workout routine, showing millions of viewers that you can get an effective workout while multi-tasking. The talented single “Parent-Preneurâ€ of two teens also shares her experiences of being a sought-after personal trainer and motivational speaker for the past 13 years, and how her passion for helping others has also helped her to heal.

At age 26, Ola merged his passion for food and photography and created ‘Dinner with Tayo,’ a pop-up dining experience where he highlights his Nigerian fusion cuisine. Ola gave the following insight to fellow entrepreneurs: “I like to be different; doing things the regular way doesn’t excite me. Why be like everyone else when I can create things my own way and stand out from everyone else? Work hard, work smart, be strategic, be consistent, be patient, and humble. And my favorite is keeping God first. These are the rules that I go by. You also have to be smart and strategic with how you work. You don’t want to burn yourself out.â€