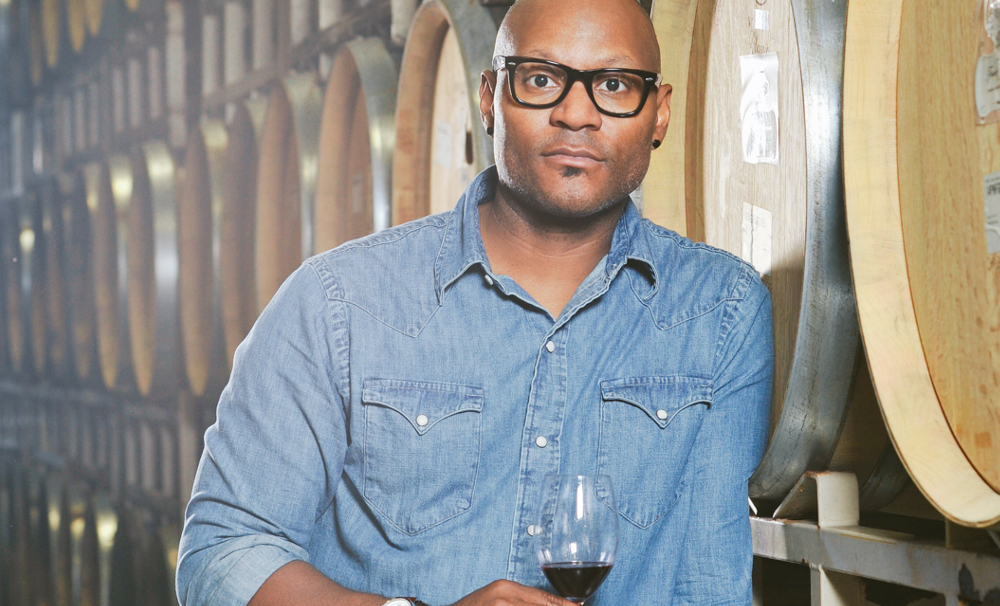 One word that describes you: Tenacious

André  Hueston Mack had reached his ceiling. Holding various C-suite level positions at The French Laundry and Per Se, Mack realized there was not much higher he could go as a sommelier and wine director in the Michelin star world. Ownership seemed like the only option left.

Today, Mack is the leading black winemaker in the country and continues to reach new heights in the industry.

“There were a series of moments that have confirmed that I’m doing what I should,” Mack tells BE Modern Man. “Meeting benchmarks, and surpassing benchmarks or  hearing someone tell me that drinking my wines makes them joyous, solidifies that I am working in my passion. Having a wine retailer share that my wines are a favorite of their customers, and still being excited to make wine after eight years keeps me wanting to pursue more.”

Inspired by living without limits, Mack wants to lead by example and show people that you can truly create whatever you want in life.

Mack says, “Believe in yourself.” “Sometimes you just have to shut out what other people are saying and just focus. Do some soul-searching to figure out what you’re really good at, learn all aspects of your industry and put in the work.”

Finding your passion is thrown around a lot these days, but there is still work that has to be done.

“You still have to be willing to put in the countless hours honing your skills. So that might mean burning the candle at both ends.”

Being authentic and just simply remaining who he is at his core has allowed Mack to stand apart from the crowd: “My whole message is about embracing what makes you different and using it to empower yourself.”