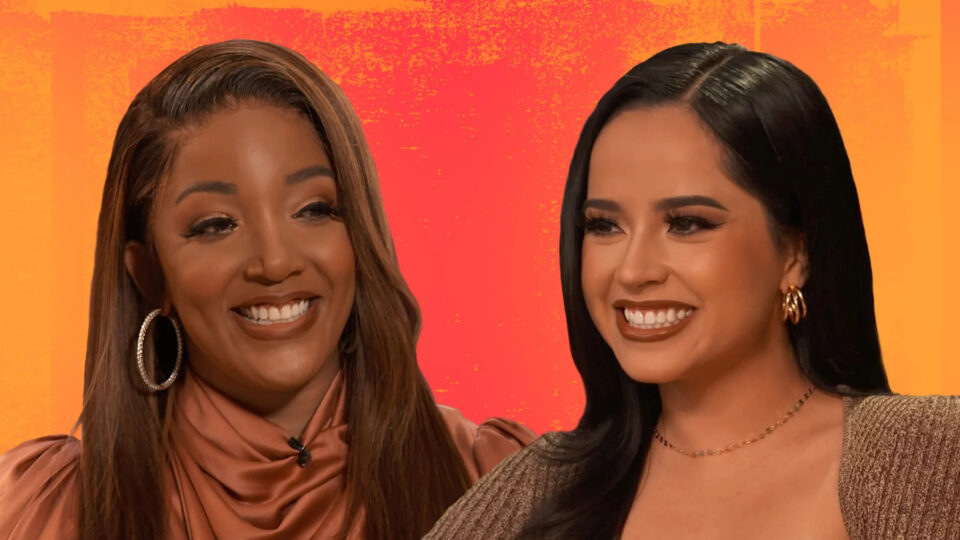 Latina artist and activist Becky G is on a mission to bring more mental health awareness to communities of color through her new Facebook Watch series. On the weekly show, Face to Face with Becky G, the international superstar invites her favorite artists, celebrities, and friends to engage in “unfiltered” conversations while amplifying Black and brown voices. In the series, mental health is a reoccurring theme, shedding light on real issues relevant to her generation, the Latino community, and beyond.

In the latest episode with country singer Mickey Guyton, the two confront personal experiences with systemic racism and the negative impact on a person of color’s mental health. They join together to acknowledge their resilience.

Guyton, the first Black female artist to earn a Grammy nomination in a country music category for her powerful single “Black Like Me,” shared in the interview that her break in the industry wasn’t what she expected.

Guyton recalled losing herself while enduring racial trauma early in her career.

‘“And let’s not bring attention to the fact that you’re Black. Like, people already know that. So, let’s not talk about that.’ Imagine someone telling you that and what that does to you mentally,” she says. “You lose yourself. And I lost myself for a very long time. And that was really hard.”

On June 2, 2020, Guyton released a powerful single, “Black Like Me,” on Instagram without any label support to commemorate the lives of George Floyd, Breonna Taylor, Ahmaud Arbery, and many other Black lives lost at the hands of police brutality. The single was nominated for a Grammy Award, and her album “Remember Her Name” has received three Grammy nominations for 2022.

In response to how she takes care, Guyton admits that she’s still getting through it. The more vocal she became about the racial issues in America and within the country music industry, the more hate she’d received.

“Feb. 6, 2021, I was nine months pregnant, about to give birth to my son, and I got an influx of awful hate mail because I called out the industry and its racism and sexism, and people didn’t like that,” she added. “What was so hard is, I’m a Christian woman, and I had all these people spewing hate using Jesus. People calling me an effing N-word. ‘Take your Black a** out of country music.’ All of that.”

Guyton expressed how the constant hate and racism she experienced put her in a bad place, which ultimately led her to seek professional help and antidepressants. The sense of normalcy gave her hope.

“Well, I’m really proud to hear you say that you sought professional help because I think that that’s something that, within our communities, is so taboo. It’s not talked about,” Becky G said. “And because it’s not talked about, it’s neglected, and then it explodes in your face, and then you realize, ‘Wow, I feel crazy.’”

Becky G, who has discussed mental health in almost every episode on the series so far, shares her struggle with mental health, as well as her parents and grandparents. She explained her desire to go back to school and study psychology. Open discussions and professional help have been healing to her.

Guyton takes pride in using her voice to make a change and open doors for people.