Behind the Music: Jeff Robinson on the 360 Deal 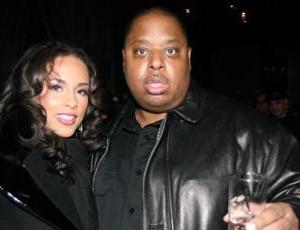 Contrary to belief, Jeff Robinson is not some new jack in the biz. Back in the day, Robinson got his feet wet on the front lines of MCA’sÂ  legendary Uptown Records helping to usher in an era of New Jack Swing artists, including Guy. Fast-forward years later, and the CEO and president of My Brother’s Keeper (MBK) Entertainment is responsible for the illustrious career of one of music’s elite and award-winning vocal powerhouses, Alicia Keys, an artist who has since expanded her brand to include acting, directing and other ventures.

As part of our continuing coverage of the business of music for Black Music Month, BlackEnterprise.com tapped into JR’s mind about the perils of the artist 360 deals, what every aspiring artists needs to know before signing on the dotted line and the future of the music biz.

As the mastermind behind Alicia Keys, you’re very much a behind-the-scenes label executive. Why?

(Laughs) Yes, I’m old school in that I’m all about pushing the artist. I am her manager, and she’s also signed to my label MBK [My Brother’s Keeper] Entertainment, which people often forget.

I love the group of artists I’ve gathered under me right now. This is the happiest I’ve been in three years in this business. Elle Varner, a new solo artist who plays guitar, new album is shaping up to be a classic. I wouldn’t be surprised if there isn’t Grammy-talk surrounding this project from the gate.Â  Also excited about signing Gabi Wilson to my MBK/J Records label and without a doubt, she’s the most all-around talented young artist I’ve ever had the pleasure of working with and it’s going to be a joy to watch her develop into the princess of this business. She plays five instruments, writes, produces, sings and acts. Fame is a talented rapper and singer and natural born star who will release a mixtape called “Hybid Season,” while Allen Stone is a genius writer who, when you close your eyes, makes you think Stevie Wonder is in the room, and Anthony Hall has that Jack Johnson/ John Mayer kind of vibe.

Lately, there’s been enough discussion about record company’s issuing 360 deals to new artist. What does that entail?

Nowadays, record companies are pirated by technology, allowing people to get music for free, so they are losing money. The 360 deal offers a label the ancillary rights to an artist’s other revenue sources. The feeling is that if the label is contributing to making an artist an established brand, then they should participate and [benefit] from that artist’s income sources–such as merchandising, film, television, concerts and touring. They want to make money [off those things] also.

As an artist manager and label owner/executive, what is your stance on the 360 deal?

Recently, I signed a couple of my new artist to 360 deals, but I am a huge opponent. Here’s why: If the label is going to act as a true partner and help promote a tour or secure film and television opportunities for an artist, then by all means they’re entitled to a percentage. If not, you’re simply taking advantage of the artist. If I can sell my merchandising, why should I give you 2% of publishing for free? You’re not even the one securing a publishing deal. I don’t understand it.

Hypothetically, how much might a new artist walk away with if he has such a deal?

Let’s say you have an artist who is signed to a label. The label may ask for 25% of that artist’s ancillary rights, meaning whatever he or she does outside of singing on a record. So if that artist goes on tour, he or she has to give 20% to 25% to a lawyer and 5% to 10% to their business manager. Add that up and that can be more than 50% to 55% that the artist owes from their earnings before they see any income. This is what’s wrong with the 360 deal. It’s so unfair and handicaps the artists [financially], but adds more money into the label’s purse.

As a label owner are you saying record companies are the Big Bad Wolf?

I am in no way saying that record labels are the devil or evil because the industry has been good to me, so that would be ridiculous for me to say. However, I saw what was going to transpire and heard the rumblings early on about which direction the labels would be taking to ensure profits. I even tried to form a coalition between me and about three or four of the most powerful managers in the industry to say we should stand together to protect our artists. Unfortunately, no one saw the vision and everyone wanted to continue to do their own thing. I guess they thought the gravy train would last forever.