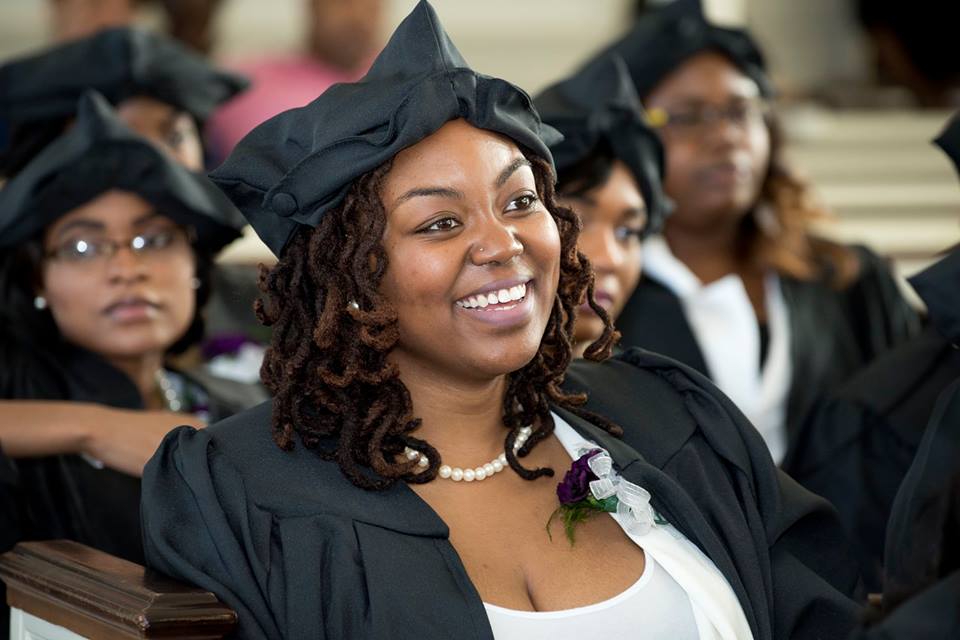 Yesterday my heart sank after reading an email from Dr. Phyllis Worthy Dawkins, the 18th President of Bennett College for Women, about the school being on the brinks of losing its accreditation with the Southern Association of Colleges and Schools Commission on Colleges (SACSCOC). Countless women across the country felt the same gut feeling as the fears about our dear Alma Mater’s closing is becoming more of a reality. On Dec 11, SACSCOC decided they would not renew the institution’s accreditation because of the college’s inability to remain financially stable although Dawkins announced she will be appealing the decision. Ten years ago, Bennett faced similar challenges and was able to overcome them.

Bennett College is an Oasis of Women

In August 2008, I arrived enthusiastically to 900 East Washington Street in Greensboro, North Carolina, from San Francisco, with enthusiasm and everything I could possibly fit into my suitcases. I was eager to meet my soon-to-be Bennett sisters, and experience everything recruiters told me the college had to offer. In no time, I met my day-ones; women whose families belonged to Jack & Jill; others who were making a way out of no way; those who were excited to explore their sexuality; women who were the first in their families to pursue higher education; and everyone in between who challenged the ideologies of what it means to be a black woman in America. Bennett was what Dr. Julianne Malveaux, who was the president at the time, coined an Oasis.

That Oasis was the manifestation of the freed slaves who formed the school in the basement of Warnersville Methodist Episcopal Church North (now St. Matthew’s United Methodist) in Greensboro. The foundation they set to educate women and men ultimately shifted to a goal to uplift women, and in 1926, the college became the first higher education institution for black women in the country. Arguably the world.

But here are some of the current issues…

While the small liberal arts college is known for having a population of nearly 1,000 women there are only 469 students currently enrolled, which makes it financially difficult for the doors to stay open — despite alumnae efforts of raising over a million dollars in under a year’s time, and other initiatives made by the administration. Over the past few years, the college has struggled with fundraising and admitting new students — which has resulted in high rates of staff turnover; the closing of a residential hall; and so much more.

Herstory is made on the campus

Need I remind you of the courageous women who organized for Dr. Martin Luther King Jr. to have a safe place to deliver a speech at the campus’ Annie Merner Pfeiffer Chapel, prior to the March on Washington, at a time where others were too afraid to host him. The radical women who organized and strategized in 1959 to execute the Greensboro sit-ins, and also spotted the men at North Carolina A&T Four at the F. W. Woolworth lunch counter in 1960; or the great contributions that Bennett Belles made to moving the history of the country forward. After all, black women set the standard for liberation is this country.

I dare to say what is happening at Bennett, beyond its financial state, is the result of what happens when people turn their backs on investing in black women.

The HBCU so many sleep on is the place where I was prepared for my Ivy League experience at Columbia University’s graduate school of journalism. It was in the bungalows on the side of the historic Holgate Library that I became a member of the founding team of the award-winning BELLE Magazine (which is the only student-led magazine produced by HBCU students), where I went from writing the mast head to becoming the publisher and did everything in between: Pledged Delta Sigma Theta Sorority, Incorporated, served in the community with and without the responsibilities of student government, and learned the importance of taking to the streets to be heard.

I am NOT the only person doing great things. Bennett births lawyers, doctors, educators, mothers, scientists, and successful professionals across the spectrum.

If Bennett loses its accreditation, they will be shutting the door on black women’s history.

Beyond the memories I’ve shared and the ones so many Belles hold close to our heart—over 400 young women are at risk of no longer being able to pursue their academic and personal journeys as Bennett Belles. After reaching out to President Dawkins’, I am currently awaiting a comment.

In a tweet, Dawkins urges people to stand with Bennett.

I stand with Bennett.