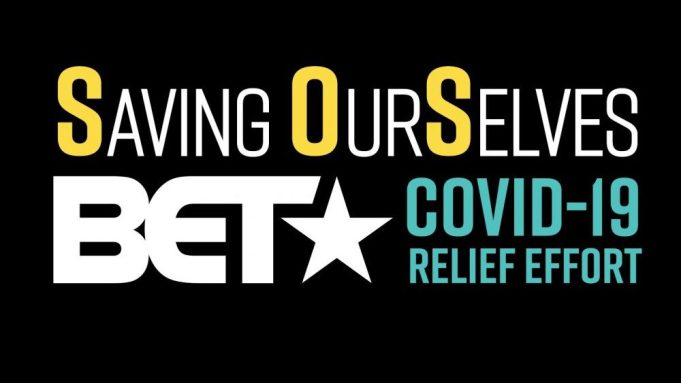 That’s the unofficial fundraising goal BET Networks has set for its new “Saving Our Selves” campaign, launched to help combat the racial disparities of the COVID-19 pandemic. And, thanks in part to the power of BET president Scott Mills’ network, several other prominent black business leaders personally pledged funds before the relief effort officially kicks off.

In the midst of the spiraling uncertainties prompted by the COVID-19 crisis, very little is clear. Government and health officials still have more questions than answers about the symptoms, duration, treatments and exact total of how many Americans have actually had the disease. But its disproportionately high physical and financial toll on black Americans is not in question.

Recognizing that government aid will take more time to reach those in need than they perhaps can bear, the media company, spurred on by Mills, jumped in. He also reached out to other members of the black business community, via the Black Economic Alliance (BEA)—a two-year-old political action committee committed to the economic progress of African Americans—to jump in with them.

“There are so many immediate needs around this pandemic,” said BEA Executive Director David Clunie in an interview by phone. “In our community, the problem is ten-fold.”

An email sent last week to members of the BEA inviting them to support the fund noted that BET and its parent company, ViacomCBS, have committed $2 million to the effort already, with two BET executives each individually pledging $100,000. Although he declined to share exact figures, Clunie said several of its members swiftly signed on, committing personal funds and inviting allies of the group to do so as well.

Much of the BEA’s eagerness to buttress BET’s effort derives from its relationship with Mills and the recognition that “the philanthropic community has been able to get relief resources to communities much more quickly than government at all levels, especially nonprofits that have existing relationships with local service providers and people in need.”

While Clunie declined to reveal the exact amount of contributions committed by BEA members, he said he was pleased that “BET stepped up to fill a void” and that BEA members quickly got behind the effort.

Thanks to corporate donors such as Procter & Gamble, Toyota, Salesforce, Morgan Stanley, and AARP, the fund is already in full swing. The centerpiece of the effort is a televised special, due to air at 8 PM ET on Wednesday, April 22. Anthony Anderson, Kelly Rowland, Terrence J., and Regina Hall will co-host the show, all shooting remotely. In fact, all talent for the show, including Alicia Keys, John Legend, Kirk Franklin, Tiffany Haddish, and Idris Elba, will shoot from their own sheltered locations. A news hour, hosted by CBS This Morning’s Gayle King and focused on the unique impact of COVID-19 on the black community, will lead-in to the fundraising and entertainment special.

BET’s current effort is loosely based on its 2005 campaign, which raised $13 million in relief funds in the wake of Hurricane Katrina. Chief Social Impact and Communications Officer Jeanine Liburd says the current effort is directly aligned with BET’s mission, “to entertain, engage, and empower.” However, launching a massive production in the midst of a pandemic makes it unlike anything the network, or the small army of artists, producers, and crews it requires, has ever done. “By the beginning of week two of sheltering in place, we realized this was going to be bad,” Liburd said, on a call from her home. “We made the decision to take a leap. We’re really focused on how to use our platform and engage more partners in working toward systemic change.”

Partnering with the NAACP and United Way Worldwide, the world’s largest privately funded nonprofit, BET’s “Saving Our Selves COVID-19 Relief Effort” funds are earmarked to provide financial, educational, and community support directly to those black people who are being most impacted by the devastating effects of this unprecedented scourge.

For more details, or to contribute to the fund, visit BET.com/COVID19.