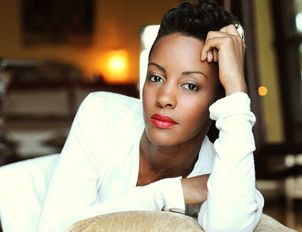 Unharmed. Uninjured. Safe and intact. That is the Spanish-to-English translation of Zafa, a word that some ethnicities use to undo a curse.

If America were cursed–because of the institution of slavery, Jim Crow laws, brutal lynchings and police brutality–then the Zafa Protection app just might be our nation’s Hail Mary.

Chastity Dotson, star ofÂ Single Ladies on BET and Centric, was inspired to create the Zafa mobile app after watching the video of a white South Carolina police officer shoot Walter Scott, a 50-year-old black man, in the back eight times. While disgusted, she was also captured by the idea of one witness with a camera and courage.

“After he recorded the footage, he called the police and was a little bit afraid and ran away thinking ‘I just saw a police officer kill a man. What if they come kill me?’ He only came forward when he realized that justice wouldn’t have been served because there was no helper outside of himself,â€ says Dotson. “When I saw that I thought there should always be a witness. We should all have a way to get to each other in a crisis situation. Let’s come together. Let’s police the police.â€

So what makes Zafa special? After all anyone can pull out their cell phone and record a violent interaction.

But with Zafa, when a user presses a button in the app, three things happen; 1) all app users within a certain radius are alerted 2) the video begins recording immediately and 3) the victim’s emergency contact is notified. Also, Zafa footage isn’t stored in your phone, but on a remote server. So, if the phone is destroyed, the footage is protected and available for review. Any person that presses the “respondâ€ button will be given the exact location of the incident and directions on how to get there, and upon arrival the ability to record the incident.

Police brutality isn’t the only situation where the app can be an overseer. Dotson relayed how the app might be able to curtail the trend towards gang rapes of women worldwide from New Delhi to Detroit by constructing the idea that there exists the possibility that someone might be watching and ready to report.

Dotson aims to launch Zafa Protection in August. In the meantime, she is asking smartphone users around the world to help organize tests to confirm the effectiveness and accuracy of the app. She requests that interested users download the app and send a response explaining what kind of phone they use and she will follow up with instructions on how they can help.

“It’s a global neighborhood watch tool. It’s not just about collecting footage. What is more important is having a greater presence. I believe if Trayvon Martin had this button and 15 people came out of their homes to help. George Zimmerman wouldn’t have shot him,â€ says Dotson. “My hope and dream is that Zafa will go global and people will use this as resource in the same way that they use 911. There is a lag time between when a 911 call is made and when the police arrive, but if your neighbors have the app, they can witness an incident happening right outside of their house before the police arrive [or if the police are already there].â€

If you are interested in helping bring the Zafa Protection app to market visit Gofundme.com/protectandserve.