According to the cable channel, the day will aid Black citizens against suppression tactics and ensure that their vote counts in the various elections taking place in November. The event is part of BET’s #ReclaimYourVote campaign and the announcement comes exactly 100 days from Election Day on Nov. 3, 2020.

“We are rallying all the resources and relationships we have to mitigate the undeniable efforts being made to disenfranchise the African American community, a voting bloc ubiquitously understood to influence elections. We will use the current momentum of the fight against systemic racism to galvanize those marching in protest to march to the polls in November,” BET Networks President Scott Mills said.

Launched this year, the #ReclaimYourVote campaign focuses on easing the voting process for Black Americans during the coronavirus pandemic. With help from the National Urban League, the campaign will break down the necessary steps to register as a voter. This will include securing and checking voter registration, making a voting plan, and encouraging friends and family to vote.

BET will also launch a wave of content, programming, and initiatives leading up to National Black Voter Day to increase awareness of the power of the Black vote. In 2017, Black people were four times more likely than their white counterparts to report experiencing racial discrimination when trying to vote or participate in politics, according to the Center for American Progress.

“We have witnessed attempts to exclude Black Americans from the voting process through the purging of registration rolls, restrictive voter ID laws and other forms of voter suppression, a legacy of Jim Crow,” said BET’s Chief Social Impact and Communications Officer Jeanine Lilburd.

The #ReclaimYourVote campaign also includes the NAACP, Color of Change, When We All Vote, Black Voters Matter, and others. 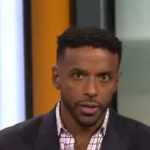 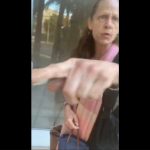