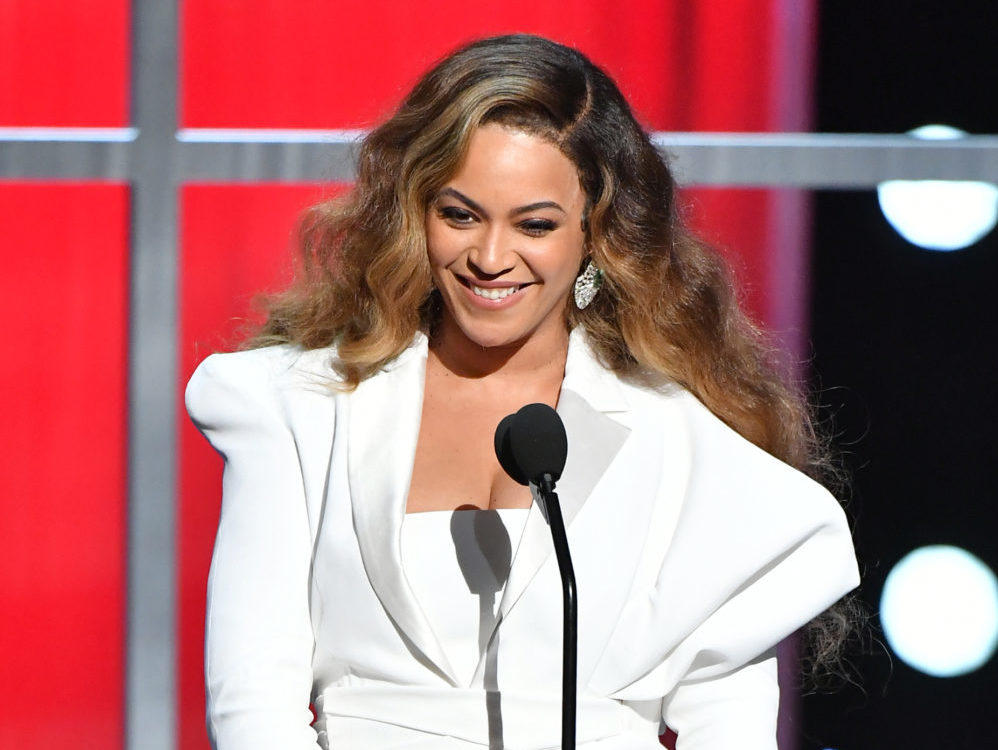 Beyoncé Giselle Knowles-Carter has proven time and time again that there is nothing that she cannot do. At 37 years old, the multifaceted entertainer has earned 23 Grammy wins, the 2019 Vanguard Award at the GLAAD Media Awards with her husband Sean “Jay-Z” Carter, and her second Entertainer of the Year Award at this year’s NAACP Image Awards. Yet, in spite of her mounds of success and accolades, the mother of three won’t be slowing down anytime soon. Fresh off her 2018 global On The Run II tour, Queen Bey is already reportedly working on new music for a deluxe edition and has secured two new business partnerships. Plus, her upcoming blockbuster film is slated for release this summer.

On Thursday, Knowles-Carter announced a new collaboration between her athletic apparel line, Ivy Park, and Adidas. She has also been tapped as the brand’s new “creative partner.” According to Reuters, she plans to relaunch Ivy Park with Adidas and create a signature collection that includes performance gear, shoes, and lifestyle apparel. In a statement, the singer called the coming collaboration the “partnership of a lifetime.”

“Adidas has had tremendous success in pushing creative boundaries. We share a philosophy that puts creativity, growth and social responsibility at the forefront of business. I look forward to re-launching and expanding Ivy Park on a truly global scale with a proven, dynamic leader,” said the pop star.

Knowles-Carter launched the activewear line in 2016 in a collaboration with fashion retailer Topshop, which is owned by Arcadia. However, she cut ties with Topshop last year following allegations of sexual misconduct, bullying, and racial harassment by Arcadia Group owner and billionaire Sir Philip Green. The entrepreneur acquired full ownership of the company after the split and will continue to retain 100% ownership of the brand.

“Beyoncé is an iconic creator but also a proven business leader, and together, we have the ability to inspire change and empower the next generation of creators,” said Eric Liedtke, a member of the executive board of Adidas AG, reports The New York Times.

Her partnership with Adidas is not the only big news Knowles-Carter announced this week. On Wednesday, it was reported that the superstar singer is working on a Netflix special that will partially focus on her epic 2018 Coachella performance. Dubbed “Beychella,” the historic performance paid tribute to HBCUs, black Greek culture, Malcolm X, Nina Simone, and African queen Nefertiti. A few months later, Queen Bey teamed up with French luxury fashion house Balmain to create a capsule collection inspired by her Coachella wardrobe. T-shirts for the Beyoncé x Balmain collection started at $290.95, while some sweatshirts were priced at $1,785.22. Proceeds from the collection benefited the United Negro College Fund (UNCF) to help students of color attend college.

The new Netflix collaboration speaks to Beyoncé’s creative ability to repackage content to fully capitalize on its reach and sales potential.

The highly-anticipated live-action remake of Disney’s The Lion King, featuring Knowles-Carter’s starring role as the voice of Nala, is scheduled for release in July. The movie has been buzzing since it was first announced that Knowles-Carter was playing Simba’s love interest in an all-star cast that includes Donald Glover, James Earl Jones, John Kani, John Oliver, Billy Eichner, and Seth Rogen.

The Lion King marks the singer’s first feature film role since she voiced Queen Tara in Epic in 2013. The actress also received critical acclaim and a Golden Globe nod for her performance in 2006’s Dreamgirls.