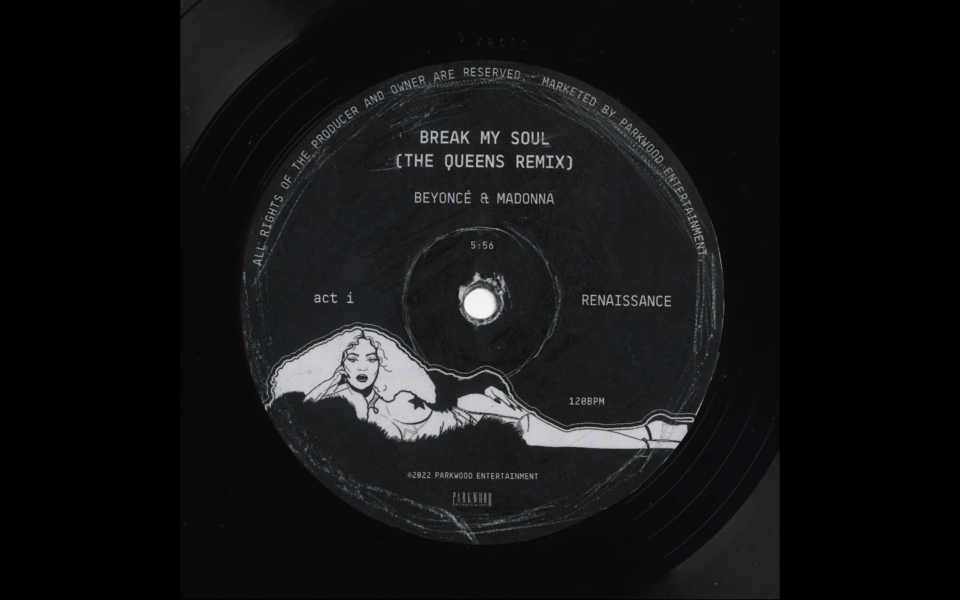 In a first-of-its-kind collaboration between the two powerhouse artists, Madonna and Beyoncé have released Break My Soul (The Queens Remix) on Friday, according to Billboard.

Queen B adds the Queen of Pop to the list of remixes after already having dropped four recent releases of Break My Soul with will.i.am, Terry Hunter, Honey Dijon, and Nita Aviance.

The music icons linked up on the aptly titled The Queens Remix, as Bey pays tribute to Black women musicians à la Madonna’s 1990 No. 1 hit Vogue, of a spoken-word section where she name drops Hollywood’s Golden Age actors like Marlon Brando and Grace Kelly.

Fans were quick to react to the unanticipated release, expressing their delight to the iconic coupling.

“Never bought something this fast in my life,” wrote one fan, with a screenshot of the song order, and then, “SHE IS NOT PLAYINGGGGGGGG,” with a snippet of the song.

“She said ‘gays I’m coming for all your coins this era,’” joked another.

“When I say that I’m obsessed…,” raved another fan.

Break My Soul (The Queens Remix) is currently available on streaming platforms.