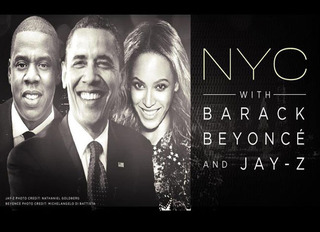 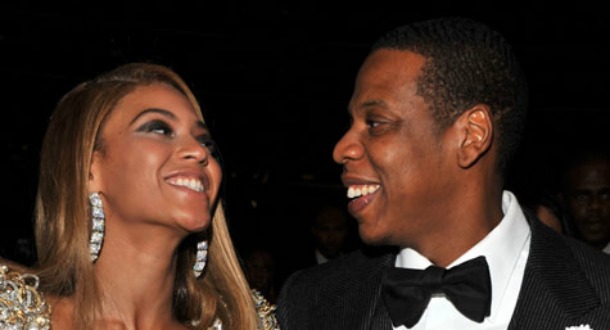 President Obama spent his Tuesday evening in New York, partying with Jay-Z and BeyoncÃ© at Jay’s 40/40 Club where the couple raised $4 million during a $40,000/ticket fundraiser.

The YBF reports that the president had a few jokes:

BeyoncÃ© couldn’t be a betterÂ roleÂ model for our daughters because she carries herself with such class and poise – (applause) – and has so much talent. And Jay-Z now knows what my life is like. (Laughter.) We both have daughters, and our wives are more popular than we are. (Laughter and applause.) So we’ve got a little bond there. (Laughter.) It’s hard, but it’s okay. It’s okay. (Laughter.)

BeyoncÃ©’s support for President Obama extends beyond the fundraiser. Beyonce and her mother Tina Knowles designed special edition $65 House of Dereon onesies for the Obama campaign’s Runway to Win project.