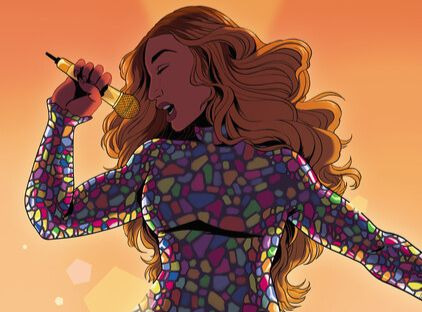 Beyoncé Knowles Carter, Serena Williams, and Janelle Monae, are among several women who are being honored by DC Comics in a new comic book featuring highly respected and esteemed women across different spectrums of life.

The narrative of the anthology as described on the website.

Not all heroes wear capes.

Wonder Woman has been an inspiration for decades, and while not everyone would choose her star-spangled outfit for themselves, her compassion and fairness are worthy of emulation. We’ll be presenting tales of the real-world heroes who take up Diana’s mantle and work in the fields of science, social justice activism, diplomacy, and more!

Award-winning author Laurie Halse Anderson brings together an all-star cast of authors and illustrators in this anthology of Wonder Women.

The book, which is now available on pre-order, will be released on December 1st with a sales price of $16.99.

Wonder Women of History spotlights the following notable public figures, written and drawn by some of the most talented writers and artists in publishing: