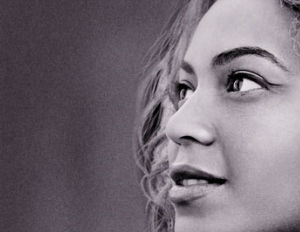 Bey’s documentary took to the airwaves–opening up about how she handles her career, realizing she’s pregnant and how to remember she’s still human–an hour after her sit-down with Oprah on the billionaire mogul’s weekend special, Oprah’s Next Chapter.

“I always battle with how much do I reveal about myself…I felt like I had been so commercially successful–it wasn’t enough,â€ the queen of pop says and R&B says in the beginning of the docu’s trailer. “It’s something really stressful about having to keep up with that…it is the battle of my life.â€

With plenty of fan and media speculation, BeyoncÃ© puts the rumors about her pregnancy to rest, revealing when she found out she was with child and her initial reaction.

“I just had a feeling something was going. This is crazy! They keep putting me in these tight clothes and trying to hide it. It’s very difficult. I don’t know how I’m gonna get through this,â€ she says looking at her newly pregnant belly.

But now that her daughter, Blue Ivy, is born it doesn’t look like the Roc’s first lady will ever look back. And while Bey and her husband, Jay-Z, have been quite private when it comes to their daughter, the new mother decided to share one-year-old Blue Ivy during the documentary.