Beyonce on Cuba: 'It Was Such a Beautiful Trip' 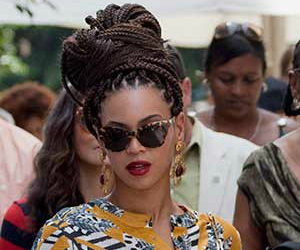 Beyonce’s husband, Jay-Z, wrote a song voicing his concern over unwanted criticism over their trip to Cuba.

The couple went there to have a vacation and became embroiled in a controversy that was unexpected and some say, unfair, although there are sanctions against Cuba and special permission is needed to travel there.

“It was such a beautiful trip. I met some incredible children. I visited some incredible entrepreneurs. I learned so much about so many people and the country and it was actually quite shocking,â€ she told ABC’s Amy Robach.

As Obama told the “Todayâ€ show, “My understanding is I think they went through a group that organizes these educational trips down to Cuba. You know, this is not something the White House was involved with. We’ve got better things to do.â€

Read more at The 360 Experiment