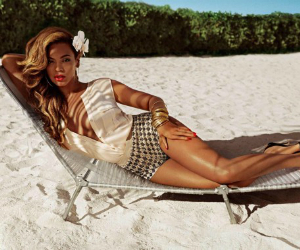 Does Beyonce ever get any sleep? When she sang her hit single, “Run The World (Girls),” for her, it wasn’t an exaggeration!

The 2013 H&M summer campaign features Mrs. Carter herself as it is entitled,Â “BeyoncÃ© as Mrs. Carter in H&M,” and there’s even a commercial set to aÂ new song, “Standing On The Sun.”

“I’ve always liked H&M’s focus on fun and affordable fashion. I really loved the concept we collaborated on to explore the different emotions of women represented by the four elements — fire, water, earth and wind. It was a beautiful shoot on a tropical island,” BeyoncÃ© said. “It felt more like making a video than a commercial.”

Read more about the campaign at AOL Black Voices