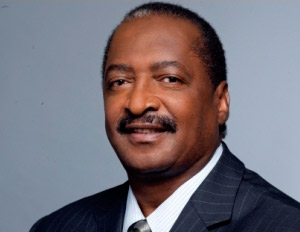 After 31 years of marriage, Mathew and Tina Knowles, parents of celebrity sisters BeyoncÃ© and Solange, have finalized their divorce.

Reports of their separation first came in 2009, when news surfaced that MathewÂ  fathered a child with former Scrubs actress Alexsandra Wright.

Though the original filing for divorce was dropped last year after the Knowles failed to appear in court, Tina filed a divorce petition again in August of this year, claiming that the marriage was “insupportable because of discord or conflict of personalities which prevents any reasonable expectation of reconciliation,” according to TMZ.

Prince Walid bin Talal of Saudi Arabia announced he has taken a $300 million stake in Twitter, a move that further expands his holdings in the United States.

The Saudi prince said that the purchase was apart of a larger strategy to “invest in promising, high-growth businesses with a global impact.â€

Twitter, the microblogging site and social media powerhouse, has over 100 million active users. Unlike other members of the elite group of Internet companies with multibillion-dollar valuations, the company is in no rush to go public.

What other reason might Twitter have caught the eye of the prince? It has been increasingly popular in the Arab world, where it was credited with playing a role in the recent social uprisings across North Africa and the Persian Gulf. Arabic-language messaging is the fastest-growing segment on Twitter, according to the data intelligence company Semiocast.

‘Just the Two of Us’ Singer Ralph MacDonald Dies

The acclaimed percussionist, who worked with a bevy of artists from Billy Joel and Aretha Franklin to Luther Vandross and Diana Ross, suffered from a stroke and lung cancer in recent years.

He is survived by his wife, Grace, and four children.