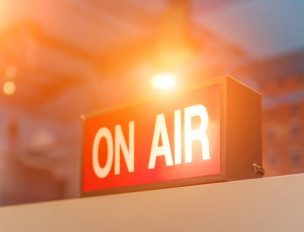 G.K. Butterfield, D-North Carolina and a member of the Congressional Black Caucus, is sponsoring the Expanding Broadcast Ownership Opportunities Act of 2017. The bill would bolster ownership prospects for people of color and women in the broadcasting space, by intensifying data and reporting rules at the Federal Communications Commission (FCC). The legislation calls for rekindling a tax certificate program, providing existing broadcast owners a tax incentive if they sell stations to minority owners.

Butterfield’s office claims 287 certificates for radio stations and 40 certificates for TV stations were granted by the FCC over 17 years when a minority tax certificate program existed, between 1978 and 1995. Congress eliminated the program in 1995, but Butterfield is urging lawmakers to revive it.

Furthermore, Butterfield’s bill requests that the FCC develop a pilot incubator program that would include providing existing licensees to assist new minority or women owners of broadcasting stations.

Butterfield added the bill, which empowers the FCC to assist historically disadvantaged groups, is an important step forward, encouraging new entrants into the broadcast industry.

The stakes are high, with the nation’s TV and radio stations amassing nearly Â $70 billion in combined annual revenue last year. Yet, minorities and women have very low ownership of the stations.

Of the more than 1,700 commercial broadcast TV stations in the United States, the bill claims data from 2014 shows that less than 6% were owned by women, and less than 3% were owned by minorities. Additionally, when it comes to FM broadcast radio stations, women owned about 7% of those outlets, and minorities owned less than 3%. The bill asserts that minority and women ownership is five to 10 times higher in other industries than in the broadcasting industry.

But, Butterfield’s bill could face obstacles for approval, given the White House, the U.S. House of Representatives, and the Senate are all controlled by Republicans. Earlier this month, Butterfield introduced the bill to the House Energy and Commerce Committee, which he is a senior member of. If that committee votes for the bill, the legislation would then move to the House floor.

Butterfield looks forward to working with his colleagues in Congress to see his legislation through to its passage.

“President Trump has said, on numerous occasions, that he wants to focus on tax reform,â€ Butterfield says. “This bill offers a great opportunity for the Trump administration to provide tax incentives to businesses, while also taking an important step toward having diverse voices in the broadcasting industry.â€

FCC Commissioner Mignon Clyburn and the National Association of Black Broadcasters, Inc. indicated they intend to work with Butterfield and industry groups to help the bill become law.

“Reinstating a tax certificate program and establishing a pilot incubator program are two of the proposals our office outlined in the recently released Solutions2020 Call to Action Plan,â€ Clyburn states. Transforming the dismal reality of the present ownership landscape into a future that offers abundant opportunities for women and minorities will not be an easy task.â€

NABOB also supports Butterfield’s minority tax certificate legislation. Â The Washington, D.C. based group noted that today minority ownership of broadcast stations is falling. Â It states African Americans now own approximately 180 commercial radio stations and nine commercial television stations. The group contends that the only proven policy that might help to reverse that slide is the tax certificate.

“The tax certificate policy helped significantly increase minority broadcast station ownership from 1978 to 1995,â€ states James Winston, president of NABOB. “We are very grateful to Congressman Butterfield for taking the first step toward its restoration.”