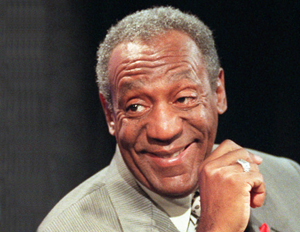 Yesterday, comedian Bill Cosby and his team created a meme generator, which allows users to put words onto images and share with friends and the public. Right away, people began cracking jokes about the sexual misconduct allegations that have plagued the comedian’s career. Even worse, some of his nearly 4 million Twitter followers were absolutely cringing at the idea that Cosby would allow himself to be slander and slammed the idea initially.

The 77-year-old comedian and activist found himself in spotlight negatively after fellow funny man Hannibal Buress alluded to the accusations of targeting, grooming, drugging and raping young women as early as the 1970s and as recently as 2004. A recent biography of Cosby opted not to report on the allegations and NBC announced it was developing a sitcom with him this past year, which have all given new fire to the accusations. Since 2002, there have been 13 different women who have stepped forward to make abuse claims against Cosby.

While Cosby has not been formally charged with sexual assault, that did not stop Twitter users from subverting the meme generator to put their own social commentary on assertions of indecent assault. The meme generator quickly removed from Bill Cosby’s Website (sans explanation) – the social media notes from Cosby’s personal account have also been deleted.

Check out memes on the next pages, and let us know what you think in the comments below: