Bill Gates is, Again, the Richest Person in the World 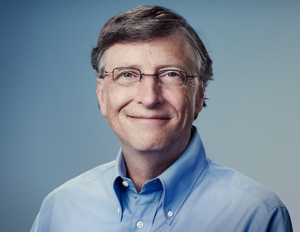 The Microsoft founder has given away over $23 billion thanks to his philanthropic organization.

Telecommunications tycoon Carlos Slim held the coveted spot for four years in a row, but now the title of richest person in the world is back in the hands of Microsoft founder and philanthropist Bill Gates.

The position isn’t a novel one, and, according to The Verge, Gates held the position for 15 of the last 20 years.

Gates, founder of both Microsoft and the philanthropic Bill and Melinda Gates Foundation, reclaimed his title thanks to an uptick in Microsoft’s stock value over the past year. According to Forbes, however, former CEO Steve Ballmer may pass Gates as Microsoft’s largest individual shareholder.

Gates stepped down from his position as chairman at Microsoft this year, and let new CEO Satya Nadella take over.

He’ll still be involved in the company, however, as he’ll be serving as its technology advisor. “I’m thrilled that Satya has asked me to step up, substantially increasing the time that I spend at the company,” Gates said.

Gates, along with Warren Buffett and 100 other “super rich” individuals, have agreed to sign the Giving Pledge, a promise to donate at least half of one’s net worth to charity, according to Forbes.