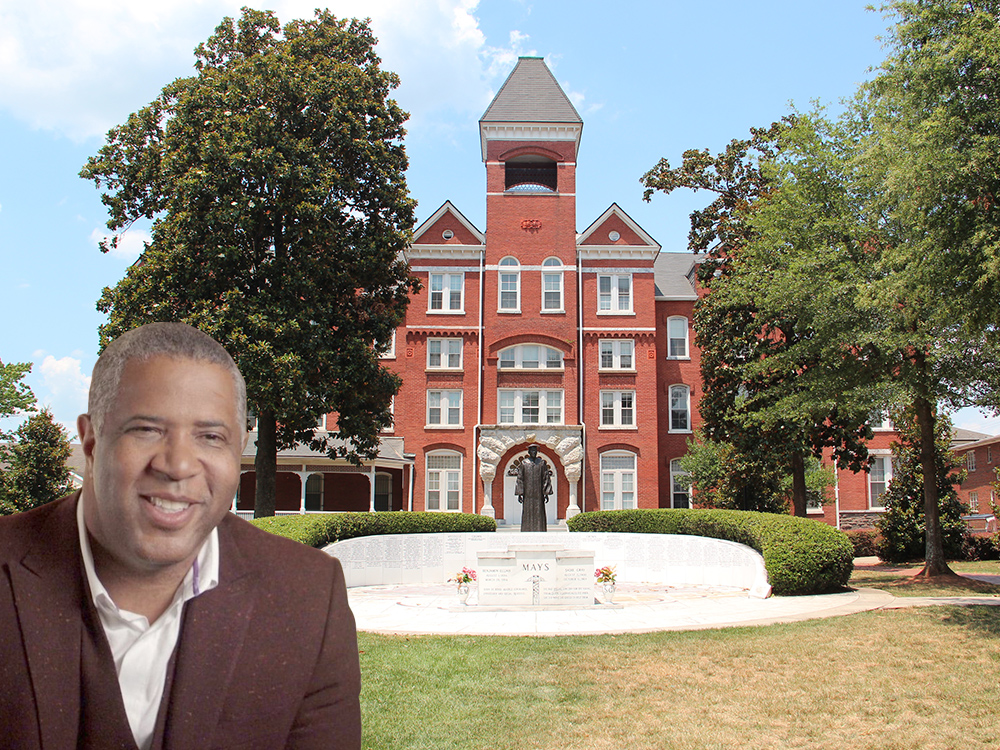 By now, you’ve probably heard the astonishing announcement made by Morehouse 2019 commencement speaker Robert F. Smith. The black billionaire, who is CEO of Vista Equity Partners, committed to paying off the student debt of the entire Morehouse 2019 graduating class.

“My family is going to create a grant to eliminate your student loans,” Smith said during his commencement address, reports USA Today. “You great Morehouse men are bound only by the limits of your own conviction and creativity.”

Smith, who was recognized with an honorary degree from Morehouse along with award-winning actress Angela Basset, has been involved in a flurry of charitable acts involving education.

Earlier this year, he donated $1.5 million to Morehouse. A million dollars of the money will go toward creating the Robert Frederick Smith Scholars Program. The remainder will be used to the design and creation of a park that will serve as a new outdoor study area for students.

In 2016, Smith made a $50 million commitment to Cornell University’s School Of Engineering, his alma mater.

Smith is the founder, chairman, and chief executive of Vista Equity Partners. His company is No. 1 on the BE100s (BLACK ENTERPRISE’s annual list of the most successful black-owned companies) Private Equity list with $14 billion in capital under management. His company has been named to the BE 100s list for about a decade. Vista Equity Partners was BE‘s 2013 Financial Services Company of the Year.

He was also named to the Forbes 400—the magazine’s annual list of the 400 richest Americans.

After Goldman Sachs’ IPO, Smith founded Vista Equity Partners in 2000, investing in technology companies. In 2013, BE named the firm BE100s Financial Services Company of the Year and Smith as one of the Most Powerful Blacks on Wall Street. Smith made a shrewd move in acquiring Sunquest Information Systems Inc. for a relative bargain price of $327 million–$200 million in equity and $127 million in debt.

In a recent transaction, a Vista Equity-acquired company, Marketo, was sold to Adobe for $4.7 billion. The acquisition was just one of many acquisitions made by Smith, who compiled mass wealth by buying companies in the technology space.

At an event last year at the Oakland, California, home of business strategist Carl Hackney, Smith spoke with a gathering of mostly black politicians, venture capitalists, tech entrepreneurs, and philanthropists. He weighed in on the importance of investing in communities and his advice for future generations.

“Think about what is it that you uniquely bring to a community that changes that community. Sometimes, it is words of inspiration. Most of the time it’s acts of inspiration. It is doing something, it is leading, it is taking advantage of what it is you have to provide. Sometimes what you have to provide is walking a child home every night so they feel safe. Sometimes it’s making sure a child is read to at night because their parent is at work. Sometimes it’s a scholarship. Sometimes it’s the encouragement to go dream big, go take the test, go try something different, go get an internship. Or it’s creating an internship, like the internship I got at Bell Labs when I was 17 years old, that allows them to stretch their imaginations,” he also said at the time.