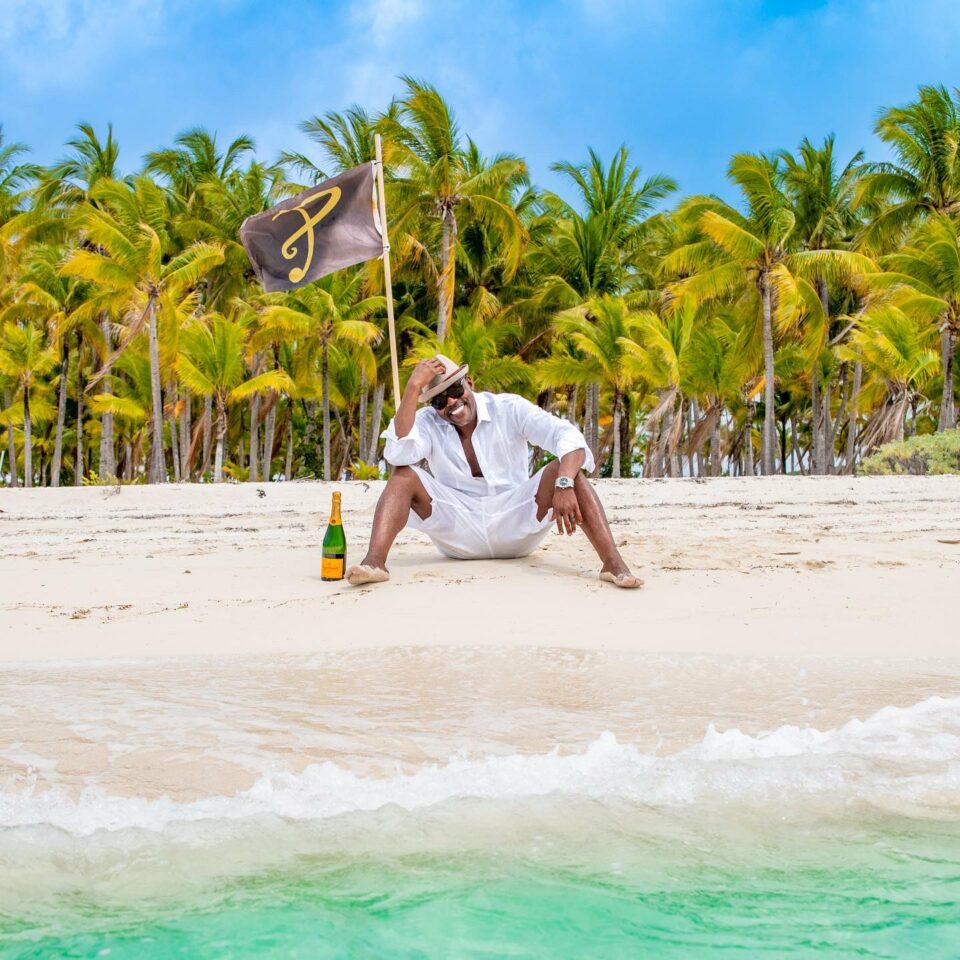 After packing a punch by making history leading the first all-Black production team in Oscars history, movie and television producer Will Packer, is celebrating that win and his birthday on a beach.

Today marks the Girls Trip producer’s 48th birthday and he’s got a lot to be thankful for even though his latest win producing the 94th annual Academy Awards was a bit marred by Will Smith smacking the living daylights out of comedian Chris Rock on live TV.

Still, Packer’s the man of the moment.

The talented Packer is the founder and CEO of his own film production company, Will Packer Productions, and Will Packer Media, a television, digital, and branded content company. He has produced or executive produced many movies that have earned critical praise throughout the years. Films that may be recognizable include The Photograph, Little, What Men Want, Night School, Breaking In, Girls Trip, Ride Along 2, Straight Outta Compton, No Good Deed, Think Like a Man Too, Ride Along, Think Like a Man, Takers, Obsessed, and Stomp the Yard.

Last October, Academy President David Rubin announced that Emmy®-nominated producer Packer had been tapped to produce the 94th Oscars®. This production was Packer’s first time being involved with the Oscars.

Packer was excited but quickly noted that he would let his work speak volumes.

“I’m someone who always believes, ‘I can show you better than I can tell you.’ I’m proud of ours being the first all-Black team, but I don’t feel the need to talk about it inordinately,” Packer said previously.

“I’d rather show the world what we can do, and then after the fact, we can talk about how great the result was that this particular team produced. There is no doubt our skill sets and perspectives are allowing us to create a show that will be different than that of our predecessors.”

Packer has also been involved in television production as well. His list of television credits includes, That Girl Lay Lay, Blackballed, Ambitions, Bigger, Being Mary Jane, and Uncle Buck. Packer’s remake of Roots earned the producer an Emmy nomination.

The Will Smith hitting hiccup aside, Packer had a hugely successful night overseeing the Oscars ceremony.

And today, he seems to be in his happy place, just letting the sand and water saturate his toes.