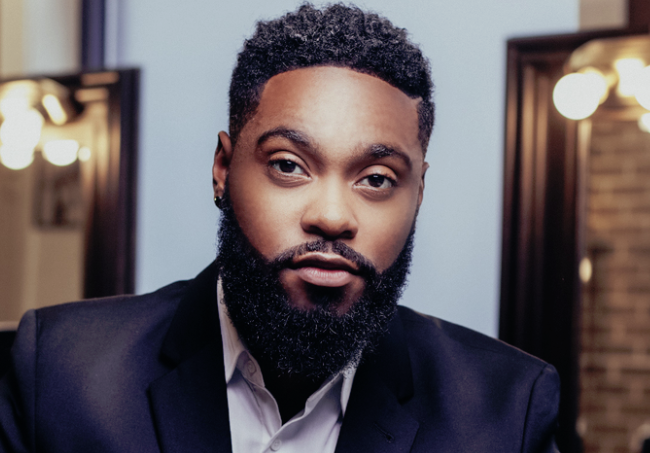 Vice is reporting that a black barber based out of Maryland, is making a lucrative business creating hair weaves for men. Thirty-five-year-old barber Wade Menendez glues natural and synthetic hair to balding men’s scalps and then styles them into their remaining hair. From Vice News:

Menendez began installing hair over four years ago through the help of another stylist. Since then, his barber shop in Glen Burnie, Maryland, The W Hair Loft, has become a haven for balding black men looking for scalp rejuvenation.

Menendez also does more than just work with clients; he hosts a regular class where he’s instructed over 500 hair professionals how to do what he does. The most recent class, in October, drew stylists and barbers from as far away as London.

Hair weaves and extensions, traditionally donned by women, are a big business, especially with black consumers. Market research company Mintel reports that “Nearly six out of 10 black consumers wear a wig, weave or extensions, which enables them to switch up their look.” African Americans spend an estimated $2.54 billion on black haircare in the beauty supply business.

Yet, much of the money spent on hair weaves does not go back into the black community. “When you walk into a beauty supply store in an urban neighborhood or a suburban strip mall most likely you will see a Korean owner,” said hairstylist Alonzo Arnold in an interview with Black Enterprise. Arnold, in addition to being a stylist, is an entrepreneur who creates custom wigs and weaves. He is also one of many black people in the beauty industry calling for more black ownership and economic empowerment.

Lia Dias is another voice. She is the owner of The Girl Cave in Los Angeles, a one-stop shop for all the things hair and clothing. In a market traditionally dominated by Korean ownership, Dias wants to empower black women to be suppliers and distributors as black women make up the largest consumers group in the industry.