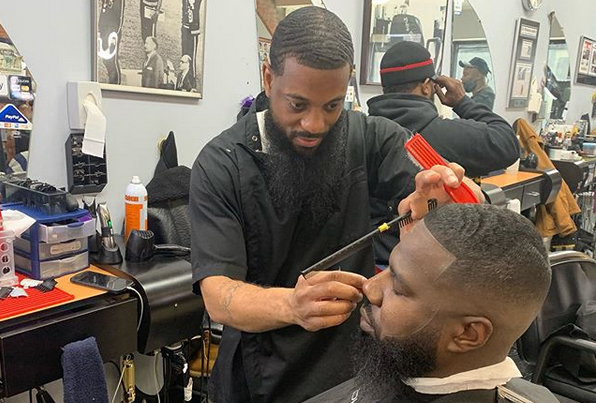 Black-owned barbershops and barbers across the country are struggling with weighing safety over profits as the coronavirus outbreak drags on.

For African Americans, barbershops are more than a place to get a haircut. Barbershops can be the center of a community. It’s where debates on sports, politics, and life take place. It can be a community center where kids can hang out after school and feel safe.

According to CNN, now barbershop owners are wondering how much longer they can stay closed and keep their businesses open.

“There’s probably all kinds of barbershops talking about what’s going on with our government right now,” Mike Knuckles, 45, a barber at Select Cutz in Grand Prairie, Texas, told CNN Business. “If you lose a barbershop that’s been in the community 30 years and has a tradition and respect in the community, that’s huge.”

Damon Dorsey, 59, president of the American Barber Association, a barber advocacy group, said since the outbreak hit the U.S., barbershop owners are concerned about the coronavirus, but also want to “get back to making money,” Dorsey told CNN Business. “All are struggling with the uncertainty of the moment.”

Some barbershops in Georgia have reopened after Gov. Brian Kemp permitted nonessential businesses to reopen last Friday. But Craig Logan, 54, co-owner of Dre and Craig’s VIP Cuts, in McDonough, Georgia, an Atlanta suburb, decided to keep his store closed.

“I agree with the general sentiment even though, like everybody else, I wanted to get back to work,” Logan told CNN Business.

For barbers who do not own a shop, some are instead making house calls to keep the bills paid. Dennis Mitchell, the owner of Denny Moe’s Superstar Barbershop in Harlem, knows the practice could mean putting his life at risk, but when the alternative is starving, barbers don’t have a choice.

Another issue for barbershop owners is the lack of Paycheck Protection Program (PPP) funds the industry has received.

Ivy Hopson, 49, CEO and founder of the Menz Barber Lounge in Milwaukee, said he also applied for a PPP loan, but neither he nor his tax preparer has heard back.

Dorsey told CNN that black barbers are less likely to have established relationships with banks and as a result face more difficulty securing loans through the PPP.

“If you’re a barber and you’re not a large enough priority for a major bank or financial institution, you’re going to be at a disadvantage getting your application in,” Dorsey said. “We’re going to see a certain level of disadvantage for black-owned business because of the nature of systemic racism that exists in the financing industry.”

Black business owners have complained about the lack of PPP funding they’ve received. Rep. Ayanna Pressley (D-Mass) has called for the Justice Department to collect and release racial data concerning the PPP.