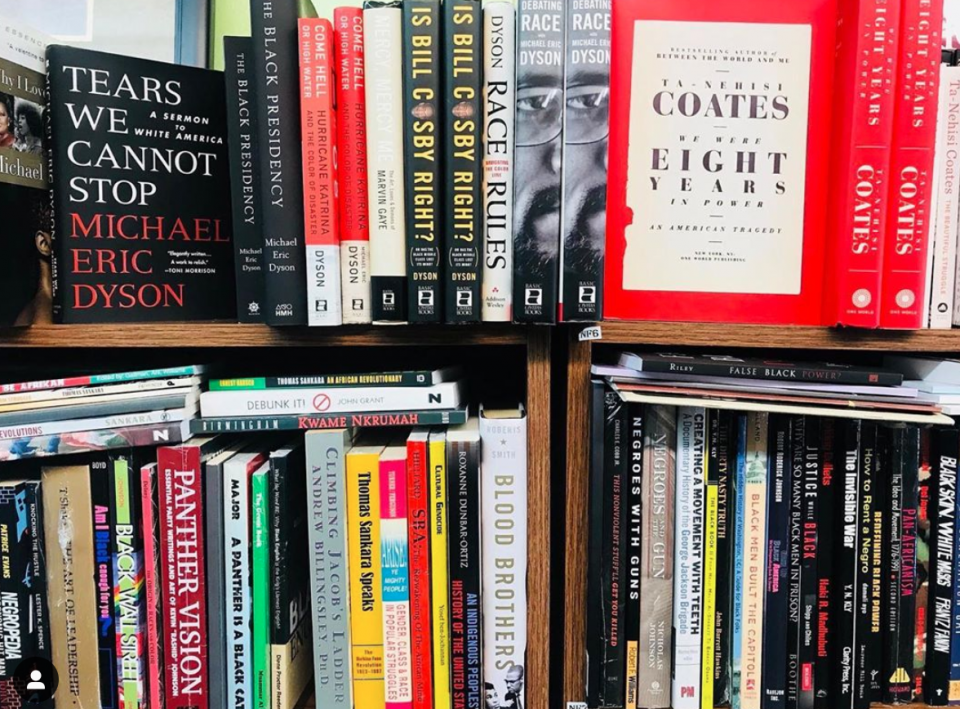 The protests over the deaths of George Floyd, Ahmaud Arbery, and Breonna Taylor have sparked a candid and raw conversation about racism and inequality toward African Americans. Reports have shown that not only people becoming vocal about standing up for change, they have also committed themselves to educating themselves. There has been a sharp increase in books sales about racism.

One black-owned bookstore in Boynton Beach, Florida, is seeing those numbers in real time.

Akbar Watson is the owner of Pyramid Books, which specializes in books about African American culture. In an interview with NBC affiliate WPTV, Watson said for the first time in 30 years he’s been selling out on books on race.

“It’s a shock to say the least,” Watson said. “And they weren’t being housed at major bookstores, they were coming from independent authors and independent publishers, they didn’t have that wide spectrum.”

Watson added that he’s been receiving hundreds of orders online for books like The New Jim Crow, to others like Ready for the Revolution since the protest started.

“We have always been viewed as a problem in American society and that reality that we didn’t create is starting to unfold in the face of America as we see it today,” he said. “I know that one book is not going to change the world, but I think it’s a step in the right direction.”

We’ve received quite a bit of new followers & support over the last few days in midst of the fight to bring #JusticeForGregoryFloyd, so allow us to reintroduce ourselves. We are Pyramid Books, a black-owned/operated independent bookstore in South Florida (Boynton Beach). Hard to find books are our specialty in addition to Fiction/Non, Metaphysics, Black Economics, Urban, Pan African, Self-Published and small press books. We also help meet the needs of local school districts. At Pyramid we celebrate #BlackHistoryMonth 365 days a year to educate all people about the African Diaspora. To learn more visit our website: Pyramidbooks.com‬ and skim through our collection over over 2,000 books. . #Goodread #Bookstore #BlackOwnedBusiness #Bibilophile #Igreads #Bookish #BlackBooks #BookAddict #BookShelf #Nonfiction #BookPorn #WritersRead #newbook #bookoftheday #BookLovers #Books #AMReading #PopBooks #WhatToRead #BookWorm #Bookstagram #BlackLiterature #bookgeek #books #reading #BlackOwnedBookstore #BlackLivesMatter #BlackBookstore