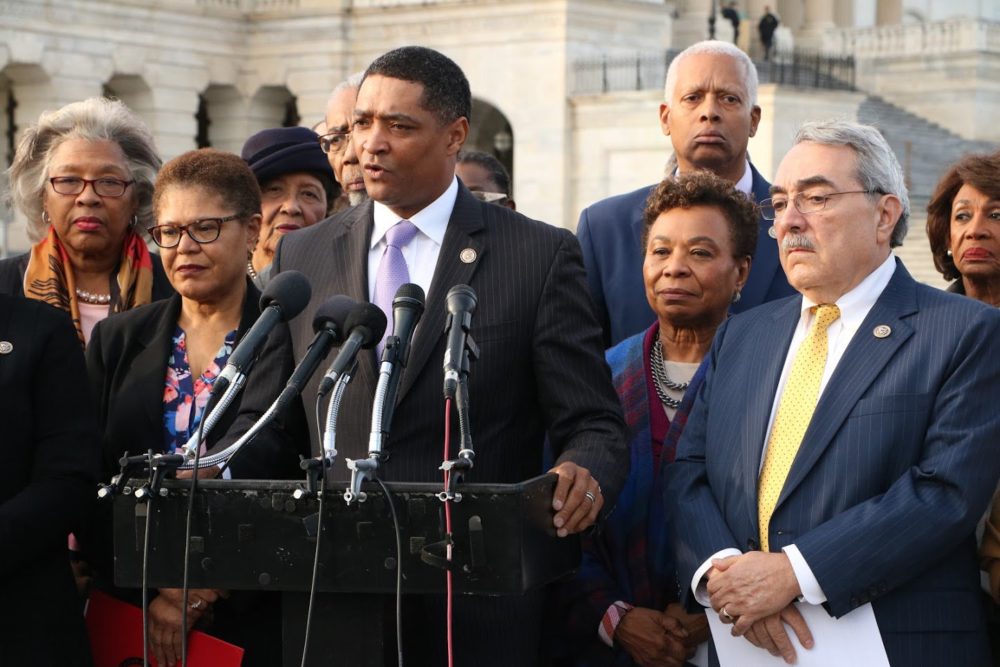 (Members of the Congressional Black Caucus via Twitter/OfficialCBC)

As we inch closer to making Juneteenth a national federal holiday, a group of Black Democrats are urging lawmakers to vote on a reparations bill this month.

After joining President Biden during his visit to Tulsa, Oklahoma late last month, members of the Congressional Black Caucus are pushing for reparations legislation to get voted on this month, The Hill reports.

The group is citing the centennial of the Tulsa Race Massacre for why Congress should perform a study into whether or not the American government owes Black Americans restitution for slavery.

The Caucus members had already been pushing for a floor vote on the legislation. But after visiting the Tulsa site, the group was inspired to get the bill voted on by this summer.

“For those of us who went to Tulsa, it became even more apparent to us how important it is to pass H.R. 40 and to do so certainly before we leave for the August recess,” said Rep. Hank Johnson (D-Ga.)

The Tulsa Race Massacre occurred in 1921 in an area referred to as Black Wall Street. After a Black man was accused of assaulting a white woman, a charge that was never proven, an angry white mob set out on the town of Greenwood to loot, murder, and burn down the community, as noted by History.

During President Biden’s visit to Tulsa last month, he became the first sitting president to visit Tulsa and mark the anniversary of the massacre, People reports.

If the new legislation gets passed, a commission would be created to study America’s scarred history of slavery and the racial discrimination that followed the Civil War, up to today, and recommend forms of compensating the living descendants. The bill would not release any direct payments to anyone and doesn’t specify any specific compensation policies.

“Tulsa is ground zero, I believe, in terms of raising the level of awareness, and the whys, and the importance of reparations and getting H.R. 40 passed,” Rep. Barbara Lee, D-Calif., said. “We’re pushing hard. I don’t know of a date yet, but … I’m encouraging and urging and we’re hoping that this is seen as a priority and will be brought to the floor.”