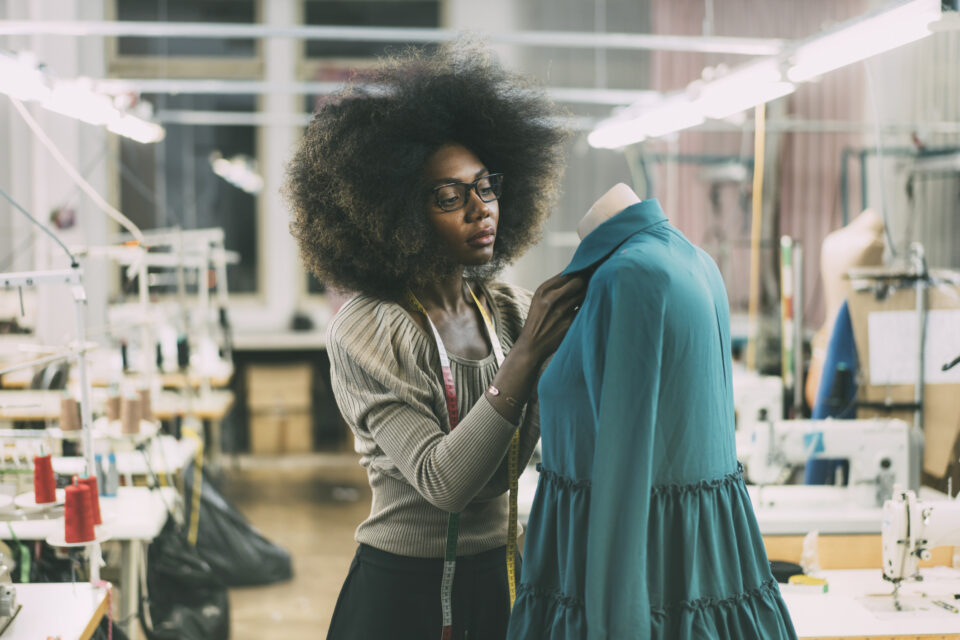 Even Beyoncé has been spotted in looks from some of these talented Black designers.

New York Fashion Week 2022 highlighted upcoming fashions for Spring-Summer 2023 in a series of runways, presentation shows, and other events. The list of participating designers expanded in diversity as the Black in Fashion Council (BIFC) granted 10 Black designers the opportunity to showcase their exclusive content in this year’s shows.

The BIFC, founded by The Cut Editor-in-Chief Lindsay Peoples and public relations expert Sandrine Charles, launched in 2020 as an initiative to represent Black individuals in the fashion and beauty industry. According to Huff Post, featured brands created by the 10 Black designers showcasing their work included, Ajovang by Adreain Guillory, Atelier Ndigo by Waina Chancy, Harbison by Charles Harbison, Izayla by I’sha Dunston, Jessica Rich, Kwame Adusei, Madame Adassa, Muehleder by Larissa Muehleder, Sammy B Designs by Samantha Black, and Vavounne by Valerie Blaise.

A post shared by Black in Fashion Council (@blackinfashioncouncil)

“We envision workforces where Black people are represented and amplified at every level, holding jobs in both C-suite and junior-level positions, and can work alongside allies to create diverse spaces that directly reflect what the world actually looks like at large,” the BIFC website states.

Mailchimp partnered with the BIFC Discovery Showroom as its first-ever sponsor, and for the council’s third NYFW appearance this year, the 10 selected Black designers graced the sixth floor of Spring Studios with their creative contributions to the future of fashion.

One of the highlighted designers this year, I’sha Dunston, founder of Izayla, spoke to sources about her brand. “Izayla is advanced contemporary women’s wear. We’re based in Los Angeles, and the three pillars of the brand are women’s empowerment, integrity, and representation.” She added, “My philosophy is I want to grow with the woman. It’s a journey. We’re always evolving. We’re not the same woman as we were a year ago.”

“For me, the Kwame woman or the Kwame person is somebody that is where I’m at: on the verge of making it. You’re still on the go; you’re still on the come-up. He or she actually wants to be seen and represented, but they also want to look sexy. When it’s time to run, you have to be ready,” he said in a statement.

Another standout in this year’s show was Valerie Blaise, creator of Vavounne. According to Ebony, the self-taught New York-based designer presented her expertly crafted accessories this year, including handbags sculpted of Italian leather.