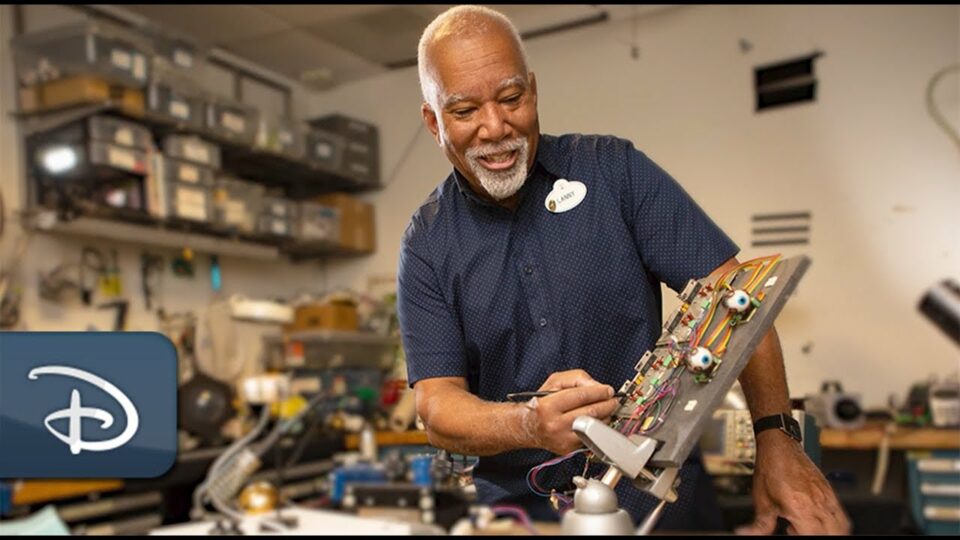 Lanny Smoot has worked for Walt Disney for over two decades and is the creative mastermind behind the technologies at attractions such as Madame Leota’s floating head seen in the Séance Room at the Haunted Mansion attraction. (Image: Disney Parks)

As the country celebrates the achievements of Black people throughout the month, Disney is celebrating Lanny Smoot for receiving his 100th patent from the U.S. Patent and Trademark Office.

According to a Disney release, Smoot has spent 24 years at Disney and has a total of 102 patents, the most patents by anyone at the company. Smoot said his love for engineering and inventing was inspired by his father, who he describes as a jack-of-all-trades.

“Growing up, our family did not have a lot of money,” Smoot said in the release. “My dad was a bit of a jack-of-all-trades and taught himself how to make many mechanical gadgets, including several of my early toys. One of my earliest childhood memories was him bringing home an electric bell, a light bulb, some batteries, and wire. He set up the bell to ring and the bulb to light, and that light lit my career!”

Today, as a Disney Research Fellow, Smoot’s role represents the highest level of technical research achievement at Walt Disney. The inventions Smoot and his team have produced at Disney include Madame Leota’s floating head in the Séance Room at the Haunted Mansion attraction; Kim Possible World Showcase Adventure, which opened in 2009; and the virtual and interactive koi ponds at the Crystal Lotus Restaurant at Hong Kong Disneyland Hotel.

Smoot, who served as a judge for Disney’s innovation challenge for HBCU schools in December 2021, also discussed how important it is to get Black students and students of color involved in STEM programs, engineering, and inventing.

“We need to give young students—especially Black students and people of color—experience in these fields. The Walt Disney Co. is digging deeply into this by making sure that we mentor diverse young people, and I’ve done that many times myself.”

Disney is celebrating Black History Month by opening the first Black-owned business in its Downtown Disney District. The animation giant has also partnered with Roots band members Questlove and Black Thought for the animated series Rise Up, Sing Out.