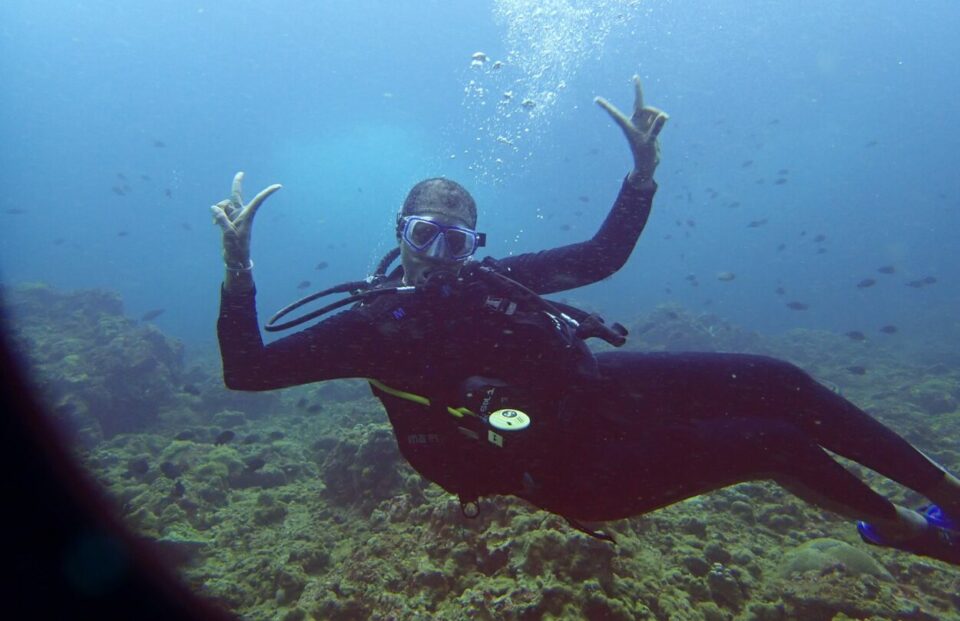 In 2018, National Geographic Explorer Tara Roberts quit her job to follow Diving With A Purpose, a group of Black divers who search for the wreckage of slave ships across the globe.

After her nine with the group, she had captured their story in an article and NatGeo released a short film about the group. Roberts then joined DWP’s global mission and became a diver herself.

On Jan. 27, her personal journey to uncover the deeper history of the transatlantic slave trade will be released as a new podcast called Into The Depths, NatGeo announced on Friday. Throughout the series, Roberts speaks to over 40 different experts, including divers and archeologists, who work to identify and archive ships that were used to bring enslaved Africans to the Americas.

Into The Depths follows Roberts from Florida to Costa Rica to Africa, then back to the States and specifically to her family’s home in Edenton, North Carolina. As she visits sites including the Spanish pirate ship Guerrero and Africatown, Al. – home to descendants of Africans brought over on the the slave ship Clotilda – the journey becomes increasingly emotional.

“What I was experiencing was this sense of longing,” Roberts shares in the podcast’s first episode. “I think this is a unique thing for African Americans. Where is home for us? As I got to know the divers, the ships they had found, the stories of those who had been captured, I realized this was a way to come to grips with those 400 years, with this traumatic history. Through these ships, we could bring lost stories up from the depths and back into collective memory.”

To coincide with the launch of the podcast, Roberts is also set to cover the March issue of National Geographic, which hits newsstands on Feb. 7.

On the same day, NatGeo is also set to premiere a new documentary, Clotilda: Last American Slave Ship as another companion piece. The special will are at 10 p.m. EST on National Geographic, and be available for streaming on Hulu the next day.

A trailer for Into The Depths, along with additional information about the series and those featured on it, can be found at http://natgeo.com/intothedepths.